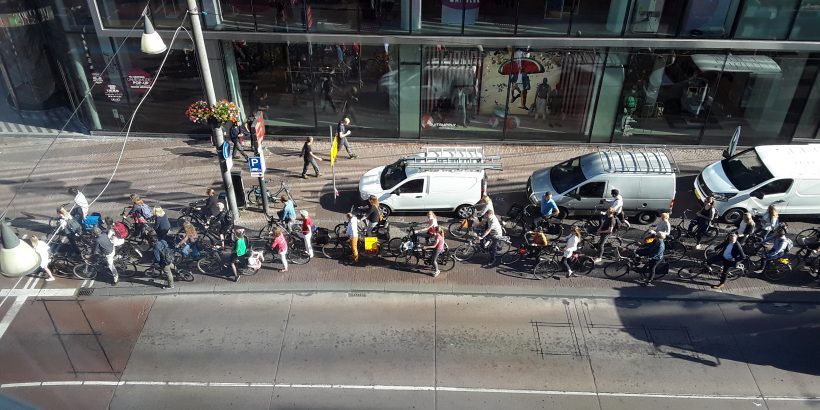 Lately, I’ve been seeing a growing number of stories in the corporate media about cities turning to more bicycle friendly policies. City planners are doing much rethinking in response to the pandemic. The pandemic is forcing people to change the way they live and work. In turn, this is encouraging people who have long sought to remake cities into a friendlier and greener environment.

These actions have precedence and we can see the results. Cities in the Netherlands have been doing this for years. (See links below)

Here’s one small example. This photo is from a few years ago, 2017, when my travels took me to Utrecht, Netherlands. I stayed for a few days at a downtown hotel and got to witness the morning rush hour.

This was a typical scene of people waiting at the red light outside my hotel window. 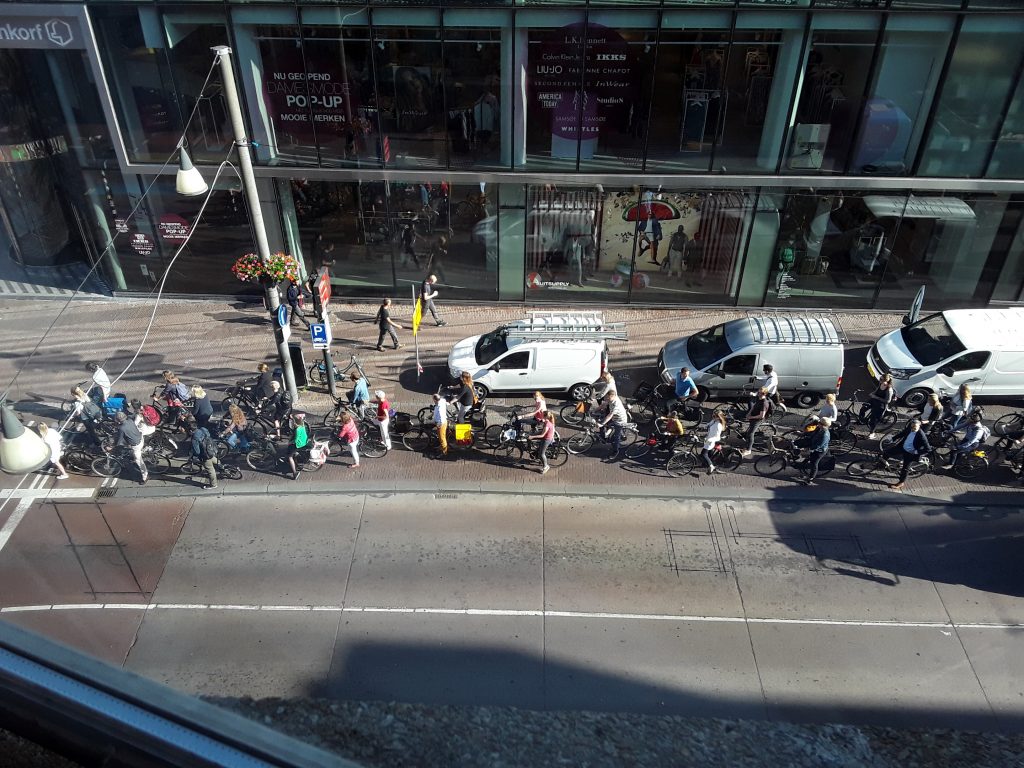 That’s correct: 34 people in line for the light to change. 34 bicyclists. 0 automobile drivers. Those three vans are parked for the construction site across the street. The bike lane is no afterthought. It is as wide as the auto lane.

The Dutch are bicycle-crazy. Every sidewalk railing, of which there are plenty, has multiple bicycles locked onto it. 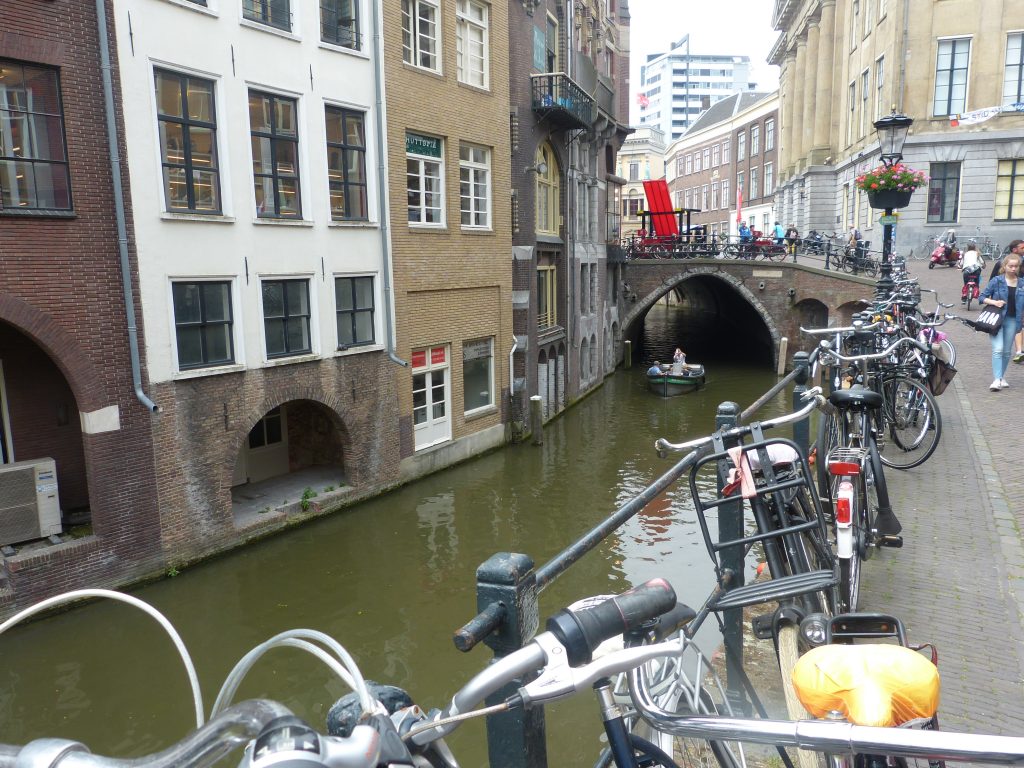 There are more bicycles in the city of Utrecht than there are cars. That was in evidence during the morning and afternoon commutes, such as in the photo on top.

This is possible because Dutch governmental bodies provide bicycle riders with the infrastructure they need. That includes bike lanes, like in the top photo, and allowing bicyclists to park their bikes safely, like in the second photo.

It’s all about priorities. In this case, what are the priorities for transportation? In the period of the 1950s into the early 21st century, priority was given to single-passenger automobiles. There was a frenzy of road-building.  Buildings demolished by the thousands to make way for concrete paths to bring in autos from the suburbs. Paths that had to be continually resurfaced and widened, never sufficient for the ver increasing level of traffic.

There is another way.

This year, Utrecht took the amazing action of restoring a canal, reclaiming it from a motorway built in that frenzy of road building.

Redesigning Cities For Bikes, Not Cars

The Cities of the Future Are Bicycle Friendly

From Lima to Barcelona, city dwellers are rethinking their reliance on cars as restrictions start to ease

How to achieve a walking and cycling transformation in your city

Bike-Friendly Cities Should Be Designed For Everyone