The Albums That Led Me to Start World Fusion Radio, Part 2
Skip to content 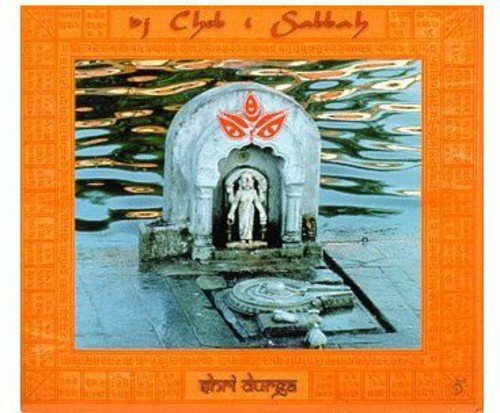 I mentioned being a fan of Nusrat Fateh Ali Khan. Nusrat died in 1997 but the heirs to the 700 year family tradition of Qawwali singing were his nephews Rizwan & Muazzam Ali Khan. I had a chance to see them in a rare U.S. concert appearance and while I greatly enjoyed their performance, it was the band listed as “also appearing” that was more memorable to me. After Rizwan & Muazzam and their Qawwali Group had finished their 90-minute set, they remained on stage while two men wheeled out some electronic equipment. After a few minutes they switched on and started an old gospel version of Amazing Grace. After a half minute of that a hard electronic drum line started followed shortly by the Qawwali Group singing one of their songs. For the next three songs the audience was treated to the fusion of soaring Qawwali vocals and electronic beats. The “also appearing” band was Fun-Da-Mental and the two men on stage were Aki Nawaz and Dave Watts. They are from London, and they are, respectively, of Pakistani and Afro-Carribbean ancestry. I mention that only because it is a big deal to them. With Fun-Da-Mental you get two things: a unique blend of African and South Asian fusion, and radical politics. I don’t usually link to Wikipedia but this is a good description of their politics. I respect their point of view but understand it is not everyone’s cup of tea. But that said, their music is amazing. The album the songs played at the concert appeared on There Shall Be Love! which is probably their best album. The tracks alternate between African and South Asian themes with a variety of tempos and moods. Most of the rest of their music is harder stuff that I play on the World Revolutions stream, some of the best ethno techno music out there.

It was through discovering Fun-Da-Mental that I learned about the Asian Underground movement (the first song in that documentary is the first Fun-Da-Mental song I heard at the concert. This was (sorry punk) the greatest underground music scene in British history. In the 1990s, youths from Pakistan, India, and Bangledesh living in England created there own club scene of music fusing their ancestral traditions with British techno and electronica genres. Prominent artists in the movement were Sheila Chandra, Joi, Bally Sagoo, Talvin Singh, State of Bengal, Asian Dub Foundation, and Transglobal Underground.

Speaking of Indian fusion, that leads to the third CD I discovered in 1999 that changed my music life. That would be the amazing Shri Durga by Cheb i Sabbah. As you may guess by the name, he is not Indian. He was born Serge El Beze in Algeria of Berber and Jewish ancestry. He moved to Paris as a teenager and managed to get DJ gigs playing mainstream club music. Over the years his music tastes changed (I know the feeling!) and by the 1990s, now in San Francisco, he started mixing Indian music with American ambient music. He developed a large club following in the Bay Area and was discovered by the new world fusion music label Six Degrees. Shri Durga is a beautiful, meditative album that broke new ground in world fusion. It managed to be spacey and mystical without descending into New Age schlock by being faithful to traditional Indian music and adding just the right amount of ambient electronics. The songs are centered on the vocals, using Indian singers male and female accompanied by sitar, tabla, dilruba, veena, and others. It has such delightful range from the haunting “Durga Puja” to the strong-willed “Ganga Dev.” It was Shri Durga that introduced me to Six Degrees Records, Cheb i Sabbah being one of their first artists. Check out their catalog, there is a ton of great music there.

So those are the three CDs that changed my life in 1999: Bothy Culture by Martyn Bennett, There Shall Be Love! by Fun-Da-Mental, and Shri Durga by Cheb i Sabbah. They inspired me to start World Fusion Radio and helped transform my radio show into the world fusion celebration that it still is today.