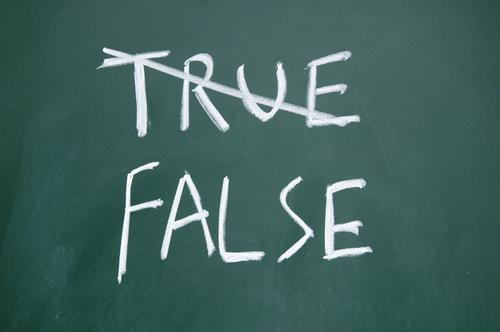 There is an old fable, which tells that Truth and Falsehood went for
A swim together, leaving their clothes on shore. Falsehood
Coming out of the water first, puts on Truth’s clothes.
Truth, being what it is, absolutely refused to wear
Falsehood’s clothes, thus remained naked.
Ever since then, Falsehood, appearing
As Truth, has been accepted as
Truth, while Truth still
Awaits to be seen.

A colleague showed to me this fable about truth and falsehood. He did not know the original source, only that it was from India and it was known as “Amir’s Fable.” The name “Amir” indicates it is a Muslim saying. Amir is a common name in Arabic and Persian meaning “ruler” or “leader.” Islam has a long tradition in the Indian subcontinent so this could very easily be an Islamic-Indian traditional story.

Regardless of its exact origin it is similar to stories from Islamic, Jewish, African, Indian, and Chinese traditions. It’s philosophical reference to truth and falsehood, its setting in nature, and its moral allegory all fit with those traditions. It is not uncommon for a story to be re-appropriated by other cultures or subcultures. For this reason. Amir’s Fable could have originally come from a Chinese source or Hindu source and re-sourced by labeling it with an Islamic name. But a Chinese name, African name, or Native American name on the title doesn’t change its meaning, and the story still fits within any of those tradition.

That’s what I love about wisdom: it is not specific to a culture or religion. Wisdom belongs to us all.

What about the story itself? What does it tell us? We usually consider truth and falsehood as opposites. We consider something to be either true or false. However, we find it less easy to always know what is true and what is false. Amir’s Fable talks about Falsehood wearing Truth’s clothes. If we want to tell a falsehood we try to clothe it in truth. I cannot imagine making a truth sound like a lie. The point is that we need to look beyond the surface to know what is true. We need to look under the clothes so to speak at the naked lie.

Amir’s Fable ends on a dark note. “Truth still awaits to be seen.” The story implies that we are surrounded by falsehoods. It perhaps implies that no one is truthful.