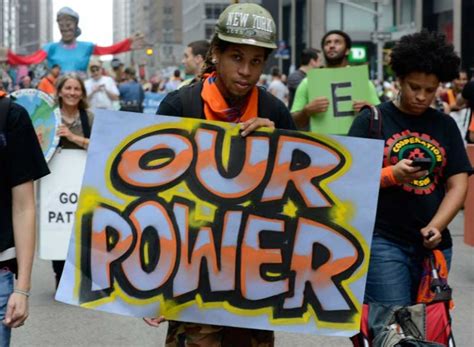 Excerpt from the book, Rethinking Misrecognition and Struggles for Recognition: Critical Theory Beyond Honneth. Used with the permission of the publisher.

Both affirmational and transformational struggles are not only over who receives recognition but also over who has the authority to grant recognition. As McBride says:

At the heart of the struggle for recognition is a struggle for authority; authority, firstly, over our self-interpretations, and secondly, over the authority of the normative expectations which we have of others and of ourselves, and which others, in turn, have of us.[412]

Many expressions of power, including domination and oppression, reflect conflicts about recognition norms and the authority over them. Targeted violence by whites intending to terrorize and subjugate blacks had, as Zurn says, a specific moral meaning that nonwhites were not worthy of the most basic consideration given to humans as humans.[413] This means that these acts of violence were about recognition: who should and who should not receive it. Collective movements in support of segregation of the races in the United States were struggles to support a recognition order that recognized the white race as superior to the black race, or, to be more accurate, recognized their conceptions of what white race and black race meant. To call collective segregation movements struggles for recognition would certainly be perverse, but that would reflect the perversity of the normative discrimination behind these collective movements. The American civil rights movement was a political resistance movement against the segregation recognition order and was clearly by definition a struggle for recognition.

What are we to make of the white resistance to the civil rights movement? As repulsive as their racism and oppression was (and still is in some quarters), their struggle is based on recognition norms. Obviously, those norms are morally lacking, but we must not discount the fact that in the minds of those fighting to maintain norms of racial supremacy, their struggle is about recognition. We do not in any way condone their immoral bigotry by acknowledging this. The white supremacist movement is a struggle for recognition of normative discrimination and a fight against those who will not recognize those norms. White supremacists speak of defending the existence of white people and fighting against a “white genocide” they believe is coming because their meaning of American identity is under threat from civil rights being granted to nonwhites and the immigration of nonwhites to America. As Barbara Perry has argued, this movement is bound up with particular notions of race, gender, and sexuality that extol the virtue of reproducing the white race in the face of perceived threats to racial purity and white social supremacy. This putative virtue also is behind the white supremacists’ opposition to abortion rights and homosexuality and requires the control of women. Perry does not use the language of recognition, but I think what she accurately describes as the “age-old canons of the white-supremacist movement” are recognition norms. The white supremacists see themselves as defending a moral recognition order with a “white man’s struggle” for the moral superiority of white male heterosexuals. Within the white supremacist movement, white women are still subject to misogyny, and homophobia is strong. Both of these normative discriminations connect with the desire to increase the white race because independent women and homosexuals are perceived to cause reduced birth rates.

Perry concludes that the white supremacist movement is not the lunatic fringe we would like to think it is but reflects mainstream racist and gendered views that she calls asking “all Others to conform to an artificial set of norms and expectations.”[415] Perry’s suggestion is that we counter this recognition order (my term, not hers) by ceasing to define different as inferior. I think this is correct, and the point I wish to take from this discussion of white supremacist movements is that racism is perpetrated by means of recognition and fought by means of recognition and that it is incumbent on us to discern which recognition is healthy. With forms of bigotry against difference, the discernment is easier, but I think it good to identify the general idea of struggles for and against pathological recognition for use in understanding social struggles in which the discernment may be less evident.

Struggles for recognition are not binary struggles over yes-or-no normative judgments. Often the struggles are over the interpretations of what the relevant norms are, how they are to be applied, and who the arbiter is of these questions; there is perhaps even a dispute over whether norms apply in a particular case. This interpretive process is also a question of authority. Certainly, social institutions offer an authoritative stance on questions about norms and their applications, but that authority is not as clear or strong as portrayed. Again, McBride cuts to the heart of the issue:

The social world does not address us with a transparent and coherent set of normative expectations. Consequently, we cannot hope to hand over the authority to resolve struggles for recognition to the ‘community.’”[416]

To be affirmed, we need guidance; support; and, of course, recognition. We learn to follow the authority of others, and we learn to trust others to guide us in how to behave and think, starting with our parents or guardians. We also sometimes learn not to trust others as reliable authorities, even those on whom we previously relied. In the constellation of our affirmational struggles, we are constantly switching between roles of claimant and judge[417] and constantly struggling over who has the authority in our recognition relations. This is the case even when all we are asking for is to be listened to when speaking: We are heard only after we are recognized as one worth hearing. The struggle for recognition is also a struggle for sincere recognition. We are less satisfied with the recognition of others if we learn that it is not sincere, and though it is difficult if not impossible to demand sincerity, we will press for sincere affirmation of ourselves and our contributions. Here too, we are forced to judge whether or not the recognition we receive is sincere. In seeking affirmational recognition, we seek out individuals from whom we can receive it. At the same time that we need support and approval from others, we also need to maintain some distance and autonomy from them. Struggles for recognition are often, if not usually, struggles to maintain autonomy and not be overly defined by others, and this requires enough authority to accomplish that. What makes true friendship special and prized is that, ideally, it is a relationship without struggles for power and authority or doubt about the sincerity of mutual recognition. Friendship is an intersubjective relationship in which two individuals are affirming each other in their affirmational struggles. A true friend values our autonomy, our viewpoints, and our desires, and we reciprocate.

We can make more sense of the complexities involved with the multidimensional approach by inquiring as to which norms are being engaged with, and to what extent, and which individuals are being engaged with and to what extent. All struggles for recognition are struggles over normative interpretation; even the question of whether a norm applies in a particular case is a normative question. This means that recognition relations have an ineliminable element of conflict. Perhaps, as Georg Bertram and Robin Celikates claim, recognition relations are constituted precisely in and through interpersonal conflicts.[418] This is easily seen in the political arena where political discourse and actions are defined by conflict. It is also fairly easily seen in the social competition for jobs or status within a group. Even among friends and family, only a completely ideal personal relationship would be without some level of conflict over recognition norms and their application.