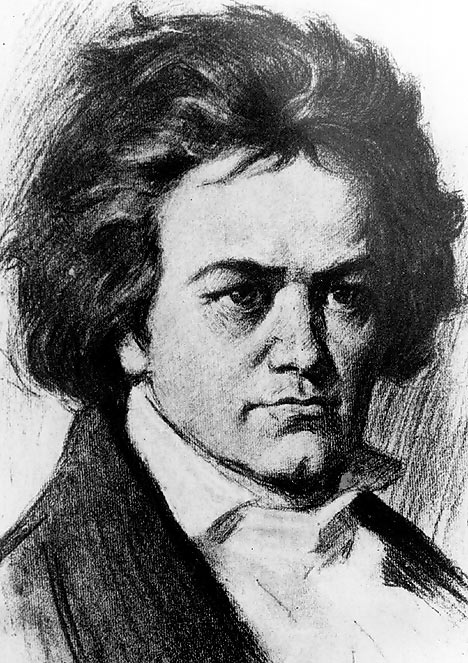 Many people are not aware of the fact that Beethoven’s tremendous musical innovation was in part influenced by the incredible innovation occurring in German philosophy at that time. Beethoven knew several members of the German Idealist movement and corresponded with them. German Idealism was an early 19th century school of philosophy and was the philosophical component of the German Romantic movement in music and literature. Philosophers such as Hegel, Schleiermacher, Schelling, and Fichte were changing how philosophers and artists saw and thought about the world.

A brief interview that appeared on The Philosopher’s Zone radio show gives some good background information on Beethoven’s influences. It is from a few years back but the information is still good. That link has both the original audio broadcast and a text transcript.

That is not to say that Beethoven was himself a philosopher. He produced no philosophical literature, preferring to do his communicating through music. Nevertheless, he was certainly influenced by the philosophers that he knew and heard. The cool think about Beethoven though as that he was the punk rock of his day. His Fifth symphony is famous not only because of its sublime beauty but because it shattered previous musical forms. In The Fifth and other compositions, Beethoven willfully disregarded convention and wrote music that expressed his emotions. In this he captured the spirit of German Romanticism and German Idealism. Beethoven is known for his fierceness, personified in such quotes as “I will seize fate by the throat,” but this side of his personality is often exaggerated. The two books on Beethoven and philosophy listed below give insights into the different sides of Beethoven’s personality. 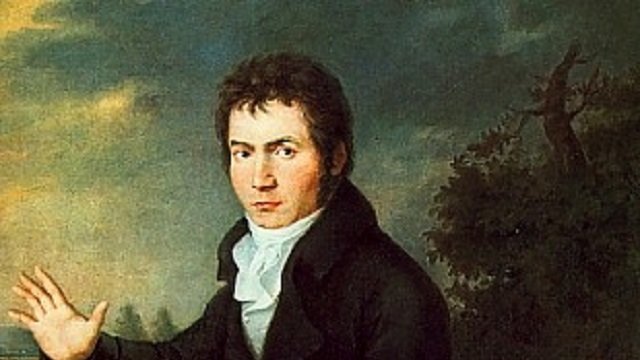 Stylized portrait of Beethoven as a young man. The portrait is done in the style of Romantic painting.