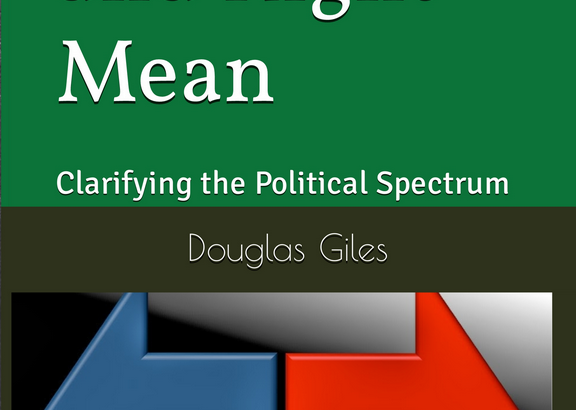 What Left and Right Mean: Clarifying the Political Spectrum

Understanding the political spectrum and what motivates political actions have never been so vital. Politics is complex, and many political conflicts have considerable effects on our lives.

We are all so used to the terms “left,” “right,” “liberal,” and “conservative” that we hear and use them without a second thought as to their meaning. Politics is the debate over how government and society should be structured and how social institutions should function and to what ends. The political conflict over these issues is often described in terms of the “Left” versus the “Right,” but there is a definite lack of adequate examination of what Left and Right mean.

This book clarifies the meaning of the terms “Left” and “Right” and the left-right political spectrum in a way that helps us better understand political and social conflicts. It takes a deep dive into defining conservatism and liberalism and dissects movements that are ideologically dishonest and are others that are not actually within the political spectrum.

We deserve and need a deeper understanding of politics and political action, and we can help accomplish this by being clearer about what the terms “Left” and “Right” signify. That book is a product of years of research and thinking about political ideologies and movements.

3. The Fake Left and the Reactionary Right

You can purchase the book in paperback or Kindle e-book here.