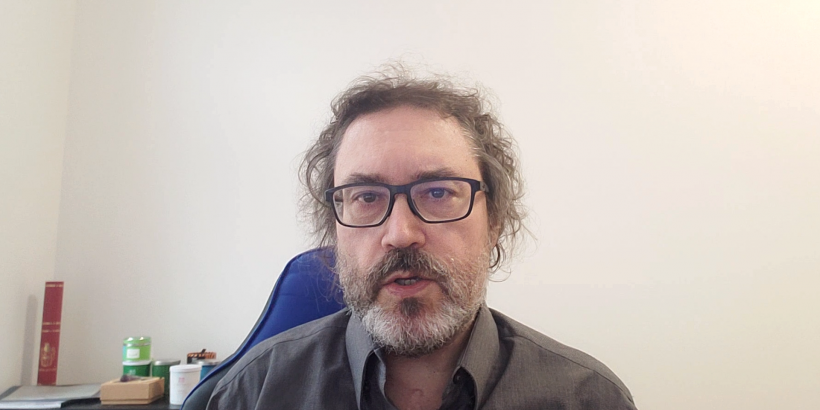 I was eager to hear Mr. Starkey’s YouTube talk on on academic freedom (https://www.youtube.com/watch?v=YEsG2iA6Nzo) because I know he was wrongfully censored, but I must say, his talk was disappointing. As a philosophy professor, I am compelled to offer a rebuttal against Mr. Starkey’s implied strawman argument at the center of this talk. It regards this reality thing. Or more precisely, what academics actually teach about truth and reality.

I don’t have an “expensive, fashionable education,” only a mere PhD from a non-Oxbridge English university. But in my education, and 20-odd years of teaching at the university level, I have seldom run into people who have the views you impute to the “interesting young man.” These people do exist, I grant, but they tend to not be well read or well educated, and it is disingenuous to blame higher education for their ignorance.

There is no broad denial of objective reality within philosophy, the academic field in which I am qualified. There is a healthy skepticism of people claiming to have absolute, certain knowledge of objective reality. When philosophers talk about “relativism” it is in terms of how perspectives color our experiences and experiences color our perceptions. It seems quite bizarre to deny that those two realities are true.

When philosophers such as David Hume or William James criticize the concept of truth, they are critiquing the notion that truths are handed down to us by God such as in divine-command ethics, and condemning the notion that anyone can be so smug in their assertions they consider themselves to be above questioning. Philosophers also differentiate between objective truths and social truths, the distinction being that the latter change over time, a fact that would be absurd to deny.

The problem philosophers frequently point to is when people speak and act on their perspectives, pretending that those perspectives are objective realities. I refer to proclamations such as “homosexuals are perverted pedophiles,” and “those who voted for Brexit are fascists.” We can easily think of many more such proclamations from all sides and perspectives.

In short, in philosophy and academia in general, there isn’t a push for relativism, there is a rejection of dogmatic judgments. Philosophers like John Dewey and Jürgen Habermas call for dialogue—coming together, communicating, and working together to discover what is true. Strangely, it is that call for dialogue that is frequently the target of dogmatic people who want to limit academic freedom. They want us educators to be limited to only teaching a particular set of perspectives a dogmatic truths. They use the epithet of “relativism” as a stalking horse, when their actual intent is to stop us from affirming the reality that students can and should apply to critical thinking to everything they read and hear, and especially to what they think.

Thus, the appeal to reality from the feminist author you mention is not as surprising as you imply. Aside from a few French writers who took the wrong lessons from 1968 and Nietzsche on one of his grumpy days, no one denies reality.