Debt Shaming in the Corporate Media
Skip to content 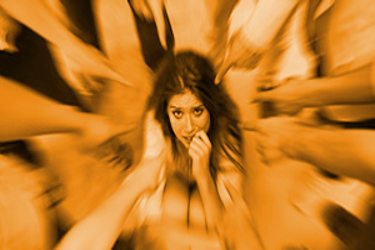 The news outlets would tell us that the purpose of these heroic stories is part feel-good story, part encouragement for people to be more thrifty. That explanation doesn’t add up. One constant in these stories is relating that the thrifty people being lionized stopped buying coffee out. Great advice. One spends $2-5 a day more on take out coffee over making it at home. Still, not buying coffees for 22 work days a month saves less than $200 a month. It doesn’t save enough money to pay off six-figure debts. Nor do the other money-saving tips like stopping cable TV ($100 a month) and clipping coupons (another few $100 a month at most) pay off massive debts. These are all good ideas, but even combines they are insufficient to pay off these towering debt loads in mere months.

The harsh reality that these stories do not tell you is that you cannot pay down debt if your income isn’t greater than your living expenses. The math on these stories is very simple: to pay N amount of debt you need income N amount greater than your expenses. For these three stories that means the heroes made $26,000, $55,000, and $100,000 in annual income above their rent or mortgage, food, electricity, taxes, and everything else one needs to spend on.

For example: The third story says about the couple that: “during the 26-month paydown period, they lived off of just 25% of their paychecks.” This implies that they used the other 75% of their income to pay down debt. Again, the math is simple enough: $200,000 of debt paid off in 26 months means monthly debt payments of $7,692 equivalent to $92,304 a year. That is only 75% of the couple’s income, meaning their annual income is about $132,000. That’s three times the median income and more than around 88% of Americans. In other words this couple are among the wealthiest Americans.

I hate to be conspiratorially minded but I suspect the real reason these stories regularly appear in the corporate media is not to encourage people but to shame them. Read the stories and you start to see that their real message is “these people erased their debts, if you haven’t, you are living wrongly, you lack self-discipline.” The stories hammer home this idea of self-discipline and make it seem so simple: make coffee at home, cut your cable, eat out less! Again, good advice, but if, as some sources claim, the average US household debt is over $90,000, no amount of self-discipline is going to allow most Americans to pay that off in two years.

According to the Bureau of Labor Statistics (PDF file), the median income for full-time salaried workers in the United States is $887 a week, about $46,000 a year. That means half of full-time salaried Americans earn less than that. One can live well on $46,000 a year but one cannot pay off $90,000, much less $200,000 in debts in 2 years on that. Many Americans couldn’t pay off their debt in two years even if they magically had zero expenses. Even the “modest” amount of $26,000 of annual debt payments in the first story per year exceeds the income of about one-third of Americans.

These stories do not address the harsh reality that many Americans are underpaid. Pew Research found that 30% of all hourly, non-self-employed workers 18 and older are “near-minimum-wage” workers.  They are not full-time salaried workers; their income is much less. These people work hard but cannot pay off large amounts of debt simply by making their own coffee. These stories about “look, people making much more money than you can pay off their debts” isn’t helpful. These stories are debt shaming. The unspoken subtext is that if you are in debt it is from your lack of self-discipline, don’t complain about how you are underpaid by your employer. I’m not saying this is deliberate propaganda. I am saying the corporate media is deaf to the real-life situations of many Americans.