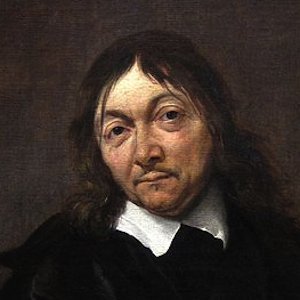 Ever since Descartes published his book Meditations, he has been accused of committing a fallacy of circular reasoning with his argument that God is the guarantor of the truth of our belief in an external world. Descartes’ argument has ever since been derided as the “Cartesian Circle.” The problem is that the so-called “Cartesian Circle” is a misrepresentation of what Descartes is actually arguing.

The accusation against Descartes is that he asserts that the existence of God verifies that clear and distinct ideas must be true. So those who argue the “Cartesian Circle” position are claiming that Descartes is arguing the following:

As the Encyclopedia Britannica states it (I think a reasonable summation of the standard interpretation of the Cartesian Circle):

This is a valid assessment of the argument stated above.The “Cartesian Circle” claim is that Descartes asserts premise 1 but that premise depends on his conclusion, 3; a circular argument and fallacious.

The question though is whether that is an accurate portrayal of Descartes’ actual argument. Garrett Thomson in his book Bacon to Kant argues that it is not. Understanding Descartes’ argument correctly dissolves the objection that his argument is circular.

To understand Descartes correctly you need to realize that he does not begin his argument by asserting God. In fact, God is an afterthought for Descartes. He trots out God only in support of a larger argument that seeks to prove that he can have knowledge about things external to his mind. Descartes first establishes his foundational principle that “ideas that are clear and distinct must be true.” Everything else that he argues follows from that proposition. Any idea that can be said to be clear and distinct must be accepted as true; for example, “I think, therefore, I am, I exist.” I have a clear and distinct idea that I exist, and this must be accepted as true.

The proposition that clear and distinct ideas must be true is true (or false) independent of God and it is significant that Descartes establishes the proposition of the clear and distinct idea before he turns to the idea of God and then only to counter the possibility that all of his ideas about external objects are placed in his mind by a deliberate deceiver. Descartes knows he exists, but what can he know about the external world? He has ideas that an external world exists, but he could be mistaken, dreaming, or deceived by a powerful being.

Descartes is trying to prove that his ideas about an external world existing aren’t completely false. Thomson portrays Descartes’ reasoning in this way:

It is important to accept that, as Descartes constructs his argument, premise 1 does not depend on premise 3. The “Cartesian Circle” accusation is based on incorrectly flipping these two premises. The idea of God is a clear and distinct idea and thus God’s existence cannot be doubted, just like our own existence and every other clear and distinct idea cannot be doubted.

As Thomson puts it on p. 35, “God is introduced to meet our general systematic doubts.” We can, as Descartes points out, doubt each of our perceptions and beliefs because we know our senses can trick us. More disturbing than our senses being unreliable in particular instances is the possibility, which Descartes establishes earlier in Meditations, that an evil deceiver could be tricking us into believing there is an external world when instead, they are all false images in our mind. This concept was later turned into the “Brain In a Vat Problem” by Hilary Putnam–how do we know that all of our ideas about experiencing an external world aren’t put into our minds by a mad scientist?  Descartes’ answer is that God ensures that we are not deceived because the perfectly good God is not a deceiver and the all-powerful God would not allow us to be deceived into believing in a world that does not exist.

Descartes is not saying that he cannot be mistaken about particular propositions such as “that tree looks safe to climb” because he knows his will can overreach and lead him to error. But because he knows he is a thinking thing who can use the power of reason and because he knows God is not an evil deceiver, then knowledge from experiencing an external world is possible. Thus, if he can reason correctly (his four rules for directing the mind) then his mind is incapable of error because he can reason from clear and distinct ideas to truth. We still must be on guard to not make mistakes in our sensory perceptions of the world, but we can rely on the knowledge that an external world does exist more or less as it appears to exist, and that means that science is possible. Establishing, in the 17th century,  the validity of the nascent observational science was Descartes’ primary purpose.

Descartes’s argument can be questioned on several of its premises, but it is not circular reasoning.