Did Hitler Know He Was a Bad/Evil Person?
Skip to content 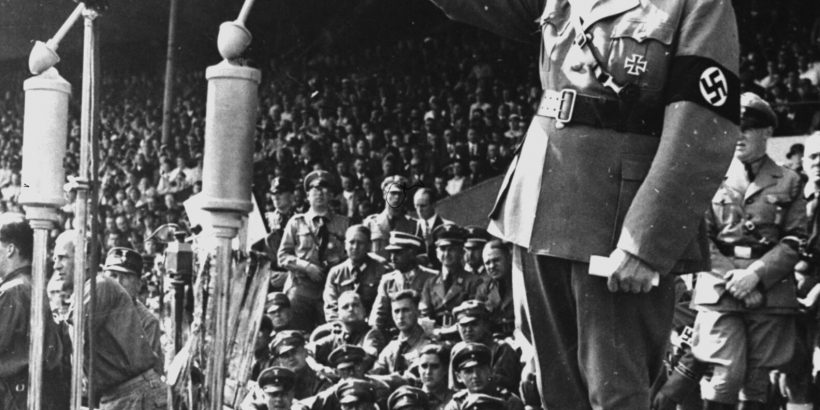 This is a very interesting and profound question that speaks to morality and human nature. As with all good philosophical questions, answering it requires challenging our preconceptions.

Did Hitler know that he was bad? Well, do we know he was bad? Do we know anyone is good or bad? Great philosophical questions, but let’s avoid getting bogged down in wondering whether we have knowledge of moral truths. Let’s agree that Hitler was a very bad man. When I took ethics at university, the professor said that if your ethical system doesn’t condemn Hitler, you need a new one. I’ve long considered that good advice. So, let’s agree that Hitler is bad and that an objective person can know that he is bad or evil.

The question is whether Hitler knew he was bad. Hitler did horrible acts, but did he think his actions were bad? To answer that question, we need to be honest about how human beings think about moral issues. Popular culture has instilled in us a simplistic vision of evil—the wicked witch, the evil stepmother, the comic book archvillain, the dark side of the force, and many more. These stereotypes have given us the idea that bad people know they are bad and enjoy being bad. From petty criminals to dictators, we assume that bad people knowingly and gleefully commit bad acts.

Philosophers have for a very long time offered a different insight. The ancient Greek philosopher Plato writes in his dialogues, using Socrates as his mouthpiece, that he doesn’t think anyone thinks his or her actions are bad. Here’s one of the ways he states it, in Meno, 77:

It is clear then that [people] do not desire what is bad, but they desire those things that they believe to be good but that are in fact bad. It follows that those who have no knowledge of these things and believe them to be good clearly desire good things…and no one wants what is bad.

In other words, no one wants to be bad and everyone wants to do what they think is good, but they make mistakes out of ignorance. Plato’s idea has been widely interpreted by philosophers as meaning two things: that no one knowingly does evil and no one willingly does evil. We are dealing with two different aspects of human consciousness: human intellect and human will. Hold that thought.

I can hear you scoff, and I don’t blame you. It is wishful thinking to believe that morality is as simple as a matter of learned intelligence. As soon as your parents told you not to do something you never did it, right? In terms of Hitler, it’s difficult to believe that it was only because he didn’t know it was bad that he ordered all of that violence and hate. Back to intellect and will for a minute. Philosopher William of Ockham rejects the idea that to know the good is to do the good. He says that people act on the basis of either their intellect or their will. Just as you and I as children willingly disobeyed and did things we knew were bad, people in their free will can choose to do bad things, William says.

But then there’s the other part of Plato’s idea—no one willingly does evil. Aristotle agreed with this, saying that the person of good virtue is incapable of acting bad. That also sounds like wishful thinking. Yes, the pop culture idea of the gleeful evil villain is silly, but that doesn’t mean that no one ever, anywhere doesn’t willingly choose to do evil. People have free will.

Think about a terrorist committing mass murder. Terrorists act out of their belief in a cause that they think is good. They justify their violence as being in the service of a greater good. The same is true for the revolutionaries and the loyalist soldiers fighting the revolutionaries. They commit bad acts because they think they are doing good.

One way to understand this is the moral philosophy of utilitarianism, which essentially says that if the good consequences of an action outweigh the bad consequences, then that is a good action. So, if you kill a thousand people, but that mass murder will do more good than harm, it is a morally defensible action. Sounds horrible, but in far less dramatic ways, that is how we reason about moral choices all the time. We cheat a little here and there because we like the benefits that come from it. We also often choose the “lesser evil.”

Hitler was a typical human being who believed that an act is justifiable if it brings about a good result. We can look at his actions as being driven by his desire to do good for himself and the people who he thought deserved it: the so-called superior German race. He “knew” he was a good person defending the superior Germans against their enemies. In one of his first acts after gaining power, Hitler ordered special prisons to be built to hold his chief political rivals, the socialists. Soon, he ordered gypsies, homosexuals, communists, and Jews to be imprisoned, and those prisons evolved into concentration camps. These were “enemies of the people,” and they needed to be eliminated. Hitler referred to the Jews as a disease infecting the body of the German people, and what do you do with a disease? You kill it.

Hitler’s reasoning was a steaming pile of bullshit, but the point remains that if the question is whether Hitler knew he was a bad man, then the answer is, no, he thought he was a good man doing good things. He and many other Nazis thought they were giving the world a solution to the “Jewish problem.” Hitler knew what he was doing, and he did it willingly. But Hitler didn’t think he was a bad person for doing it.

Thinking about Hitler in this way enlightens us to the causes of many atrocities. People do bad because they think they are doing good. In this, Plato was right. But it isn’t simply a matter of ignorance; it is also a matter of choice. Hitler didn’t recognize Jews as human beings. He denied the Jews humanity not because he was too stupid to realize they were human but because he willfully chose to believe they weren’t human, despite all evidence to the contrary. When we look at terrorists and other evildoers, we can see that (1) they commit acts because they think they are good acts and (2) they think they are good acts because they willfully choose to believe the victims of their acts don’t deserve moral recognition. Think about that.

Did Hitler know that he was bad