Does Anyone Understand What "Freedom" Means?
Skip to content 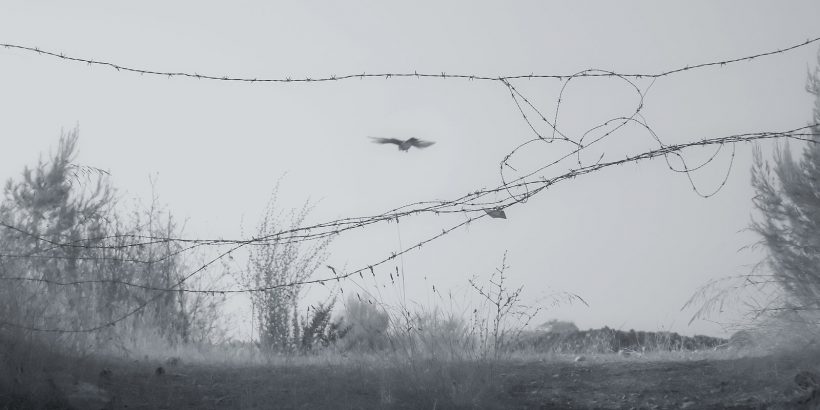 Does Anyone Understand What “Freedom” Means?

Trump doesn’t, nor do his followers.

Freedom is a word many people use, but few people have any substantial understanding of the meaning of the concept. To mention that fact isn’t cynical or disparaging. The concept of freedom, like all significant philosophical concepts, is deep, complex, multidimensional, and nuanced. It is beyond simplistic definitions.

How we define freedom and how we discuss it have political, moral, and cultural consequences. The topic of what freedom is deserves far more consideration than it is given. So let’s do that, let’s get beyond bumper sticker slogans and insert some philosophy into the discussion of freedom.

There Are Two Types of Freedom

For example, maybe no social or legal force is saying people are forbidden to walk, but those who are paralyzed still lack the ability to walk. Nothing external is forbidding the person from walking, but the internal ability is absent, so this person lacks that particular freedom. This basic physical example can be extended to many other social situations. For example, there may be no law against certain groups of people being physicians, but if people in that group are unable to receive the education necessary to become a physician, they don’t have the freedom to become one.

In subtle, less visible absences of freedom, the line between what one is allowed to do and what one has the ability to do is fuzzy. Reality is complex, especially the interactions among people. Freedom and the lack thereof is similarly complicated in many areas of society.

Freedom Is A Dynamic Relation Among People

Freedom is more than simply a lack of tyranny. Freedom is not thinking “I can do whatever I want.” These simplistic definitions feel good to those who declare them, but they do not reflect the reality of freedom and social life. We begin to understand freedom once we get past trying to reduce it to a binary yes-no.

Your freedom to park in that space exists in a shared social space. If someone parks in that space, until they leave, no one else can park there. Negative freedom is not infinite. The presence of other people in the social lifeworld is inherently a restriction on your freedom. Refusing to share the world with other people is refusing them their freedom. Life isn’t all about you and what you want.

Positive freedom is the ability to park in the prime parking space. Your ability to park in that space is dependent on factors other than whether you are allowed to park there. You may have no restrictions preventing you from parking there, but if you do not have a vehicle, you cannot drive there to park there. You would have to walk or wait for public transit or some other means to get to the building. Again, having the negative freedom of a lack of restrictions does not mean you have the positive freedom of the ability to act on opportunities.

Freedom isn’t simply the absence of violent threats. You can only go to the store if there is a store to go to and you have the means to get there. The means of getting there include more than whether you have a vehicle. They include having roads to get there — roads you did not build yourself. And if you have a vehicle (which you also did not build) and roads on which to travel, your fellow drivers need to cooperate enough to allow you to get to the store. The cooperative efforts of sharing roadways include the written and unwritten rules of the road. The written rules stemmed from a sequence of collective social and political actions, in which you were only minimally involved, if at all. A large set of circumstances need to coalesce into a social framework that enables you to have the freedom of going to the store.

Yes, all of this means that freedom is always dependent on others. Complete autonomy or self-rule is a fantasy. The right-wing does not understand that. The anarchists really don’t understand that. Freedom is never not contingent upon other people unless you live in a cave far, far away. Even then, you still have only as much freedom as the natural environment allows you, from wild animals to weather and the terrain. Good luck.

An individual’s attitude is important, but one cannot will oneself to have freedom outside of one’s sense of self. A positive self-image and self-understanding may be crucial to freedom, but unless one retreats into an inner citadel of self-contemplation, one still has to interact with the world and will still be confronted with a lack of total freedom. Therefore, the concept of freedom is not an individual one but a collective one, as are the attempts to increase freedom.

Despite freedom being an undeniable good and increasing it a worthy task, increasing freedom is not simple. Much of the difficult lies in that reality that freedom is a dynamic relation among people, often among many people. It is not a binary yes-no or a zero sum game. Our actions can increase or decrease freedom for numerous people, even for society as a whole. Freedom is much trickier than people realize. Why is this? It’s the nature of freedom itself.

An irony of freedom is that when one focuses on negative freedoms — stopping restrictions on actions — one must think in terms of restricting the actions of others. To ensure that Group A is free from coercion and restraint from Group B, we must restrict Group B’s freedom to act in ways that coerce and restrain Group A. That’s not necessarily a bad thing. A person with a weapon threatening others is using coercion to deprive them of their freedom. To restore those people’s freedom, one must take away the armed person’s weapon — restricting that person’s freedom to brandish a weapon and use it to threaten others.

Appreciating the irony of negative freedom is something absent from much political discussion. People who fixate on perceived tyrannies often do more harm than good. Negative freedom is not infinite. Not everyone can do everything they want, have everything they want. There will always be some restraints on what people can do, and there will always be moral obligations to respect the freedoms of other people. This is an unavoidable reality. We need to get past slogans and rhetoric and engage with the complex give and take of freedom in real life.

Recognizing that freedom is a social dynamic among people opens us to a richer and more helpful understanding of how to increase both types of freedom. It allows us to see that negative and positive freedoms, though different, combine to create a dynamic of human freedom in the social lifeworld. Here is how we can holistically increase freedom in both types.

Increasing negative freedom is like conducting a sports match. Let’s look at The Beautiful Game, football (soccer to you Americans). To have a football match, you need a set of rules as to what is the aim of the match and how the game is played, a pitch/field with clearly delineated boundaries, and referees to oversee play and enforce the rules and boundaries. The rules, the boundaries, and the referees are restrictions on the freedoms of the players in the match, yes, but those restrictions empower the players to have real freedom. That real freedom, both negative and positive, comes from knowing that everyone involved has a common set of expectations and norms of behavior.

For example, in football, you aren’t allowed to play the ball with your hands (unless you are the goalkeeper). This is a restriction on freedom, yes, but because it is equally applied to all players, is clearly communicated beforehand as a rule, and is a behavioral norm that will be enforced by the referees, it increases overall freedom for the players. They are freer from the threat that another player act inappropriately, increasing their negative freedom. They are freer to focus on their own positive actions to excel in their play and act toward their goals (literally in the case of football), increasing their positive freedom. The rules are sensible restrictions that enhance overall freedom.

Some restrictions on human behavior create more freedom. That is not a paradox. That is the nature of negative freedom in all aspects of life. Forbidding people from engaging in coercive and destructive acts is a restriction on their freedom that increases freedom for everyone else. You enjoy the freedom that comes from knowing that you can go to the store without getting shot at, that you have as much chance as anyone else of taking that prime parking space, and so on. The rules of the game of football grant players freedom to play, and similarly the rules of society allow people the freedom to live. The challenge is to understand which rules are conducive to freedom — a deep and complex set of philosophical questions, but issues society needs to discuss sincerely and intelligently.

Increasing positive freedom is like education. Students go to school to gain knowledge and develop skills that will increase their abilities to act in the world. We take lessons to learn how to drive because having that ability increases our freedom. Society and many secondary schools facilitate driver education to enhance people’s freedom. Education is an investment in people’s futures, and so are other attempts to increase positive freedoms.

A significant step in increasing positive freedom is to make society more inclusive. Passing laws against segregation is only part of the answer, only dealing with negative freedom; we also need to value and empower people who suffered from segregation. Removing a law that “certain groups of people are not allowed to fish here” doesn’t in and of itself level the playing field. Positive freedom is the ability (not just the opportunity) to pursue and achieve willed goals. The old adage “teach a person to fish and they will feed themselves for a lifetime” is expressing the value of increasing positive freedom. We need to not only remove the restrictions that discriminate against certain groups, we need to respect and value them so they can better empower themselves.

The freedom and ability to make one’s own choices are the heart of one’s identity as a person. Empower people, enable their free will, enhance their abilities; these are simple but important concepts. We cannot make someone act, but we can help them to know they can act and to know how to constructively act in the social lifeworld. We want people to develop the skill of driving before they get behind the wheel. We also want people to develop social skills, something that can only happen when we value their positive freedoms and their efforts to increase them.

If we are to improve society, we must understand how negative and positive freedoms combine and interact within the relation dynamics among people. Again, freedom is much more complex than simplistic slogans portray. Freedom is not happiness or a lack of suffering. Freedom means being free to make choices and act on choices. Focusing only on eliminating restrictions is ignoring the greater social reality.

Having or not having freedom occurs within a social lifeworld and amidst many interpersonal relationships. Having the freedom to do one or even multiple actions does not mean you have freedom overall. No one thing can make you free. Laws alone cannot give people freedom. Laws can be in place to grant people opportunities, but if social attitudes don’t support people’s ability to act on their will, positive freedom remains absent. We are all responsible for contributing to more positive social attitudes toward all people, and thus increasing freedom for all.