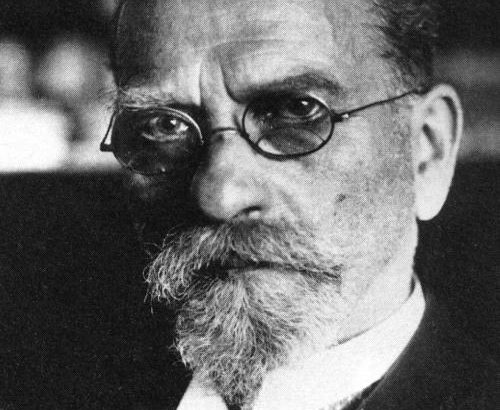 Few philosophers can be said to have founded a new branch of philosophy. The Moravian philosopher Edmund Husserl (1859–1938) is one. He is the founder of phenomenology, which is exactly what it sounds like: the study of phenomena. In Husserl’s case, it is the study of the phenomena in our consciousness. Husserl’s philosophy is quite complex, with intricate explorations of human perception and knowledge. For this article, I will pick one area of his thought that seems to speak the most directly to our everyday experiences.

Layers of Consciousness
Human consciousness is a mystery no one has yet cracked, but Husserl discovered a vitally important insight into how our consciousness works. In short, our experiences now are shaped and colored by our past experiences. How we interact with the objective world is a deeply subjective individual experience.

It’s not wholly wrong to say we experience objects in the world, but it is far more correct to say that we experience objects in consciousness. Objects exist for us, Husserl said, only in our consciousness. There’s a hint of George Berkeley in this, and another sign that Berkeley wasn’t so daft. A rock on a planet light-years away from you is not an object that you can actually or even possibly perceive. Weirdly, however, it kind of is because now you are thinking about such a possible object. That proves Husserl’s point. Nothing is meaningful for us unless our consciousness makes it so by our consciousness intending toward the object.

This connection between meaning and consciousness creates a problem. If objective understanding is within our consciousness and it is our intentional consciousness that makes things meaningful, then how can we have certain knowledge of objects independent of our mind? Are we left with nothing but completely subjective judgments about objects? Husserl’s intriguing and insightful answer is to embrace the subjectivity and include that in our consideration of the world.

Consider experiencing a person. You meet the individual, you develop a first impression, and that first impression, as we all know, affects how you experience that individual. As you interact more with that person, you learn more about the individual and you develop a fuller conception of who that person is. Let’s say that over time you become friends with this person, and of course that friendship affects your perception of the person; the more time you share with this person, the more those experiences and feelings about the person shape your perception of your friend. But now suppose this friend betrays you in a serious way that hurts you badly. Can you ever look at this person the same way again? That’s sedimentation. Using your time-consciousness, you can look back through your memories and think about past good times and warm feelings you had, but now things are different.


Taking these layers of consciousness into account, Husserl calls scientists “self-forgetful theorizers.” The central assumption in science is that it can reveal the true reality to us. This was the optimistic hope since science’s beginning in the late 1500s (for example, Francis Bacon), and it continued up to Husserl’s time. The truth, Husserl stresses, is that we do not experience pure objects; we experience objects through the filters of our own sedimented consciousness and the lifeworld in which we live. Scientists are not exempt from that truth. Science gives us an idealized and naively objectivized nature, Husserl said. Scientists forget that they are doing science as people within a lifeworld. Science is a social activity within a social context that instills activities with social meanings. Scientists also forget that they are individual people who experience everything, including their experiments, through their personal sedimented consciousness.

Husserl is not saying science is too biased to be of use, but he is saying that we need to be aware of the layers of meaning and consciousness within which and through which science is conducted. Science is an attitude that sees the world through its particular understanding of it. Because our knowledge structures how we perceive the world, the scientific approach structures perceptions to see the world in a certain way. Forgetting the effects of our biases makes us blind to them.

Husserl’s critique that people are self-forgetful is not limited to scientists. We all suffer that implicit bias of seeing the world through our own sedimented consciousness and limited lifeworld. Husserl in 1930 bemoaned the lack of dialogue among philosophers. He thought that philosophers with differing views needed to discuss their conflicting theories seriously to find a basis for common ground and together grow their knowledge. Instead, Husserl said, philosophers remain in their own subjective views and narrow fields of study and don’t consider other views.

This criticism can apply not only to philosophy but also to all academic fields and subfields. Academics are only human, of course, and the criticism that people remain within their subjective biases and don’t listen to others applies universally. The antidote to this is found in the philosophy of Husserl and other phenomenologists and existentialists. We need to acknowledge that every one of us experiences the objectively real world as individuals and that that understanding is a process that includes listening to each other.