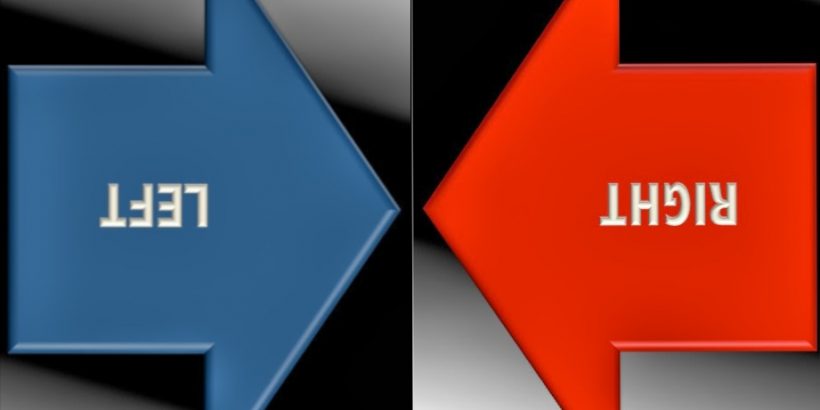 A sure sign of intellectual and emotional maturity is the ability and willingness to think beyond simplistic binaries. Alas, it is something that political extremists are unable or unwilling to do. How could people who claim to be anti-war and anti-imperialist end up supporting an imperialist war? Simple: when their ideology trumps reality.

Excerpt from the book What Left and Right Mean

What are the Far left and Far right?

The simple answer is to say that they are extremes of the left and the right, but that is inadequate. There are individuals and groups who are firmly left or right, but there are others whose extreme political paradigms and actions are better understood as being outside of the political spectrum. Those groups usually thought of as being far left and far right are actually neither left nor right. This is because what they have in common is a relative lack of positive values, succumbing to fear of and hatred for those they see as their enemies.

These extremist individuals and groups will refer to themselves as either “left” or “right,” but they are more correctly considered to be anti-right and anti-left. Because they are characterized by their opposition rather than by positive actions, they are outside of the political spectrum. Horseshoe theory tries to reflect the shared oppositional politics in both the far left and far right. It is more accurate to think of both groups in terms of their central characteristic: their obsession with opposition.

Those in the far left is not actually liberal but anti-right. Animosity for others is not restricted to the far right and some people are so full of hatred for the right-wing that that opposition is their focus rather than positive action to increase the circulation of power. The left, by definition, is about increasing the circulation of power, increasing the number of people who are included within society and social institutions, and building community. None of the positive traits of the left are found in the anti-right, who, being a mirror image of the anti-left, have perverted anything positive in the left-wing into a hostile reactionism to anything “right.” They hate what they perceive as “the right” more than they love their own community.

The anti-right is characterized by bitterness toward people and institutions with power. The feeling comes from an honest place in that excessive concentrations of power are harmful to society, and historically, most concentrations of power have come about because of abuse and exploitation of others. Certainly, dismantling unjust power structures is essential to increasing the circulation of power and by extension, justice. However, the anti-right are fixated with the destruction of power and in their opposition to what they perceive as “the right.” They are more interested in taking away power from other groups than in building up power for the groups they claim to support. They claim to be of the left, but think and behave more like the right. They are the fake left.

The fixation with opposition leads the anti-right into contradictory rather than honest response to abuses of power. A stunning recent example of this fixation is the fake left’s tacit support for Putin’s invasion of Ukraine. The anti-right claim to be leftists who are against war and against imperialism but when a very clearly imperialist war breaks out, they aren’t against it. Instead, because they are so fixated on opposition, they can only repeat their animosity toward the U.S. government and their conspiracy theories that most everything wrong with the world is caused by the U.S., and they therefore blame Putin’s war on the U.S. rather than on Putin. The authentic left is about supporting peace and increasing power for the oppressed. The fake left are not, fixated as they are on opposition and even more, opposition only to particular institutions.

The fake left are so blinded by their animosity that they are more anti-right than pro-left. They are in a sense not within the ordinary left-wing side of the political spectrum. They, like the anti-left, are emotionally opposed to progress and diversity, and civil discourse about society and power.