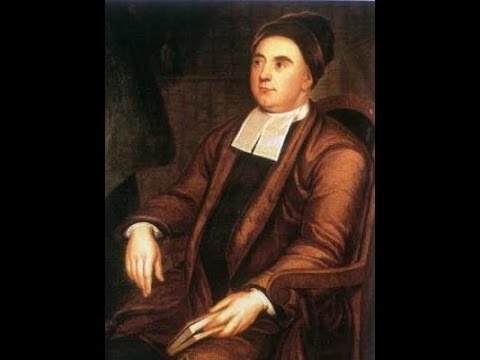 As you are reading this, are you sitting down? On what are you sitting? A chair, probably. Of what is the chair made? Wood? Plastic? Metal? A combination? And what does science, and common sense, tell us that these things we call wood, plastic, and metal are? We say all of these things are matter. Wood, plastic, metal, and things like chairs that are made from them, we say are all made of matter. Since Aristotle and on through Locke, everyone has believed in matter, and not just philosophers; everyone assumes that the objects of the world are made of matter. George Berkeley (1685-1753) asks a simple and surprising question: Why do we assume matter exists?

The philosophy of George Berkeley (pronounced BARK-lee) is often misunderstood and unfairly mischaracterized. Because he was a cleric, eventually a bishop, some people who are hostile to religion irrationally dismiss Berkeley’s argument as religious nonsense. Such dismissal is intellectually dishonest. Berkeley’s argument is solid and important philosophy that presents us with a dilemma that we cannot easily dismiss. His argument strikes at the core of our assumptions, calling into question how we perceive the universe and what it actually is.

George Berkeley asks a simple question. Why do we assume matter exists? Matter had always been assumed in philosophy, and by everyone actually. Locke equated matter with the abstract idea of substance. Substance is a definite weak spot in Locke’s philosophy, and Locke was aware of it. He said that objects must be composed of a “something-I-know-not-what” that must be what has the power to create the simple ideas of sensation in our minds. Locke assumed this “I know not what” was matter. Locke had to concede that we never have an experience of matter but only of the effects of matter on us.

It is indeed an opinion strangely prevailing amongst men, that houses, mountains, rivers, and in a word all sensible objects have an existence natural or real, distinct from their being perceived by the understanding. But with how great an assurance and acquiescence soever this principle may be entertained in the world; yet whoever shall find in his heart to call it in question, may, if I mistake not, perceive it to involve a manifest contradiction. For what are the forementioned objects but the things we perceive by sense, and what do we perceive besides our own ideas or sensations; and is it not plainly repugnant that any one of these or any combination of them should exist unperceived? (Treatise 4; emphasis his)

Yes, the only things we perceive are our own ideas. Locke said as much. Berkeley is willing to accept the full consequences of this, even though they lead to an extreme conclusion: Matter does not exist.

Berkeley argued that Locke’s idea of substance was a conclusion relying on an abstraction that close scrutiny would reveal to be a mistake. Again, Locke held that there is a “real” tree with primary qualities and material substance that cause simple ideas of sensation in us. Berkeley responds that if substance is a “something-I-know-not-what,” then why should we assume its existence? We can’t say that our sensations of the tree correspond to a “real” tree because we can’t compare our ideas with external objects. Instead, Berkeley states that our experiences of a tree are not caused by a “real” tree beneath appearances. Our experiences of the tree are the real tree.

Where does our idea of matter come from? Berkeley asks. We have no sensation of matter, something to which Locke has to agree. We also have to agree. Samuel Johnson, a learned man of the time, said he refuted Berkeley by kicking a rock, making the assumption that his material foot kicked a material rock thus proving matter exists. But that’s a specious objection. Johnson can say no more than that he has an idea of a foot and an idea of a rock and an idea that they interacted. If you kick a stone, what does that prove? You experience the idea of solidity of the stone in your foot and the idea of the stone moving. Ideas. A series of sensations. It doesn’t at all disprove Berkeley’s philosophy. All we have are ideas and beliefs about our ideas. We can’t demonstrate otherwise.

We never, ever experience matter, and, in fact, we have no need to assume that matter exists. Nowhere is Berkeley suggesting that there is no mind-independent reality. He is questioning the philosophical conception of matter, not the existence of a world outside our mind. However, Berkeley says the idea of substance is a mistake as are the ideas of universals. You probably dismissed Plato’s idea that universals exist, right? So here’s why we should dismiss the idea of matter. Berkeley argues that the essence of objects is that they are perceived.

Attend to what is meant by the term “exist,” when applied to sensible things. The table I write on I say exists, that is, I see and feel it; and if I were out of my study I should say it existed—meaning thereby that if I was in my study I might perceive it, or that some other spirit actually does perceive it. There was an odor, that is, it was smelt; there was a sound, that is, it was heard; a color or figure, and it was perceived by sight or touch. This is all that I can understand by these and the like expressions. For as to what is said of the absolute existence of unthinking things without any relation to their being perceived, that seems perfectly unintelligible. Their ESSE is PERCIPI (their essence is being perceived), nor is it possible they should have any existence out of the minds or [of the] thinking things which perceive them. (Treatise 3)

The essence of any object is not material substance, as Aristotle had said and everyone since had gone along with. The essence of any object is to be perceived or known. “All those bodies which compose the mighty frame of the world, have not any subsistence without a mind, that their BEING (ESSE) is to be perceived or known.” (Treatise 6) Think about this. If you are in a classroom, think about your bed at home. If you are at home, think about your classroom. If you are not in a place, why do you think this place and the things in it exist? What basis do you have to believe that any particular thing exists if you are not perceiving it? You are tempted to reply, “because other people perceive those things when I don’t.” That’s correct, and you prove Berkeley’s point. We believe that something exists only if someone perceives it. (Yes, even nonmaterial things, but that’s another topic.) You go home because you believe that you will perceive home once you get there. You come back to a classroom because you believe you will be able to perceive what is in that room once you are there. The essence of existence is being perceived. Matter doesn’t matter; being perceived does.

An Unchallengeable Challenge of Our Assumptions

It’s important to remember that Berkeley is not at all denying that there is an external reality. His theory is an attempt not to multiply entities needlessly, according to Ockham’s razor. Berkeley sees the prevailing assumption of our perception as needlessly complex. He argues that Locke’s view theorizes that there is an immaterial God who created material objects that are perceived by a material human body and understood by an immaterial human mind. If we apply the principle of Ockham’s Razor, Berkeley’s theory of perception is simpler. There is an immaterial God who created immaterial objects that are perceived and understood by an immaterial human mind. There is still an external reality that causes our perceptions of ideas; Berkeley just offers a more elegant explanation for it.

The science of Berkeley’s time was based on the assumption of matter, and Berkeley was upending the basis of that science. And yet, Berkeley is not denying science. His books, Essay Towards a New Theory of Vision (1709) and The Analyst (1734), were scientific works of high quality. Whether it is matter or a cosmic mind that causes our perceptions, everything about our science remains the same. Scientific experimentation and observation are nothing more than our perceptions — ideas in our minds. Scientific instruments don’t alter this fact because, again, their measurements and readings are simply perceptions — ideas in our minds. Again, matter doesn’t matter. Our ideas or perceptions are all we have.

All of this contradicts our commonsense assumptions of matter, so it’s difficult to take in. If you think Berkeley is being irrational, keep in mind that we see a seemingly opposite but actually quite similar reasoning by materialists today. Whereas Berkeley assumes ideas, the materialists assume matter. Any criticism you have of Berkeley’s argument applies equally to anyone who argues for matter.

Regardless, we can’t disprove Berkeley’s theory. No one has. We can correctly say that Berkeley is making an assumption that he can’t prove, and Berkeley admits this. His motive is not to prove God but to challenge our assumptions, though Berkeley certainly wouldn’t mind if you accepted that God creates everything.