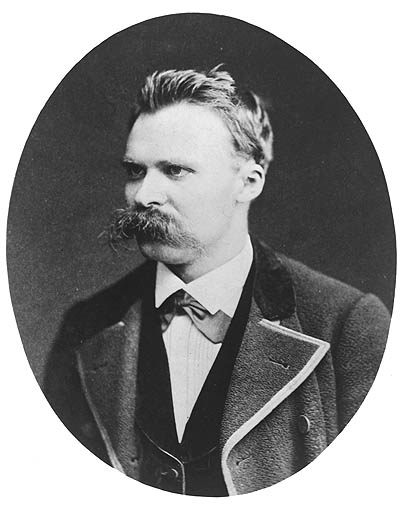 One of the most notoriously misunderstood concepts in the history of philosophy is Friedrich Nietzsche’s Übermensch. The word “Übermensch” is too often mistranslated into English as “superman” but the German “Über” means “over” not “super.” We need to be clear on that distinction to understanding what Nietzsche really meant.

Nietzsche’s Übermensch is not a man, or race of men, possessing superior powers. The Übermensch is neither a political nor military leader and is not defined by superiority to or power over others. Those fictions were pushed by the Nazi propaganda machine, which twisted the work of many notable German intellectuals and artists to try to make them seem to have foretold the Third Reich. Nietzsche’s philosophy had nothing to with Hitler and his racialist fantasies.

What defines Nietzsche’s Übermensch is the overcoming of one’s self, which Nietzsche defines both in terms of personal psychology and social pressures. Nietzsche believed most people wallow in their own weakness and limitations, accepting unquestioningly the social morals and expectations of these around them. They remain trapped in powerlessness and become resentful of those who have more power than them.

One becomes an Übermensch when one overcomes his (yes, Nietzsche is sexist and means men) own weakness and fear to fully and passionately embrace the fullness of life and its possibilities. Nietzsche believed that all humans have a “will to power”–a desire to control themselves and their environment. But few people have the courage to act on their will to power. The man who overcomes is not afraid to act on his will and use his power to create. He is thus healthy and potent and flourishes in what he does.

The Übermensch, though he exercises his will to power, is not malicious. The Übermensch will transcend the limitations of society, religion, and morality and no longer will be limited and defined by them. However, he is not beyond morality, he is even more moral than normal people because he has transcended the conventional moral codes of society. The Übermensch practices his own independent virtue and is self-defined and self-directed. He needs no religion, law, or rationality to tell him how to act, because he acts virtuously in all that he does. Nietzsche placed tremendous importance on not being bound to traditional cultural morality, defined in European society largely by church-bound hierarchical Christianity. The greatest virtue, Nietzsche seemed to believe, was to be morally self-sufficient.

Nietzsche’s Übermensch has no masks because he is content in his self and his actions; free from guilt and fear he has nothing to hide. He/she (let’s reclaim it for all) is authentic, open, and honest. He/she displays style and sophistication in everything he does. He/she is kindly toward others but does not desire or need the approval of others. The best example of an Übemensch in popular culture is still, ironically, in an ad campaign for a beer. “The Most Interesting Man in the World” campaign from Dos Equis personifies Nietzsche’s ideal man. TMIMW does whatever he feels like, even things that no one else has the strength and courage to try, and excels in doing it. He is never malicious, and is in fact giving and kind, does not need to step on anyone else to be himself, and is respected and admired because of his independence and strength. Take a look at some TMIMW Commercials and see what I mean.

Nietzsche believed that almost anyone could become an Übemensch, but that few people would even try. Depending upon how you look at it, he was either a cynic or a realist.