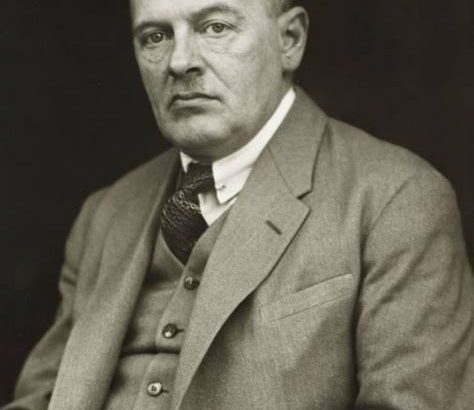 In my previous article on German philosopher Max Scheler, I briefly summarized his philosophy of persons. He optimistically saw the possibilities for humanity if we could recognize the positive value of the individual person.

Scheler was also able to see the negative possibilities of human interaction. In 1914, near the outbreak of what came to be known as “World War I,” Scheler wrote the short book Ressentiment. Scheler describes the difference between actions from love that seek to improve others and actions from negative values that seek to diminish others.

According to Webster’s, “ressentiment” is an obscure word meaning “deep-seated resentment, frustration, and hostility accompanied by a sense of being powerless to express these feelings directly.”

Ressentiment is an incurable, persistent feeling of hating and despising which occurs in certain individuals and groups. It takes its root in equally incurable ‘impotencies’ or weaknesses that those subjects suffer from. . . . They can permeate a whole culture, era, and an entire moral system. The feeling of ressentiment leads to false moral judgements made on other people who are devoid of this feeling.

Anyone paying attention can recognize this describes much of the adversarial politics of the last 107 years.

But before you start pointing fingers, saying “yeah, that describes those people I disagree with,” understand that Scheler makes crucial distinctions. He acknowledges the difference between legitimate grievances and imagined ones, and between true moral judgments and false ones. Ressentiment is not a justified anger about being mistreated but a particular form of hatred that arises from beliefs that one is socially impotent. Struggles against injustice are movements toward higher values such as justice, truth, and love. Ressentiment are movements toward lower values such as vengeance, spite, and malice.

Unlike feelings of love for oneself or others that inspires people to positive actions, ressentiment is a state in which one has lost a relation to values. This state triggers feelings of hopelessness and frustration that predispose one to regress to self-destructive indulgences or outward hostility to try to resolve the sense of impotence. The frustration and impotence characteristic of ressentiment is less a reaction to an actual external oppressor, and more to do with a self-inflicted sense of inadequacy over one’s own real or imagined limitations.

The feelings of ressentiment lead to false moral judgments on others that Scheler calls “value delusions.” These delusions are a form of moral blindness that results in “a tendency to belittle, degrade, dismiss or to ‘reduce’ genuine values as well as their bearers.” Individuals and groups in the psychological state of ressentiment are hampered in their ability to make sound moral judgments and tend to see values and other people through a filter of negative prejudice. Other people are made into surrogates to compensate for a sense of impotency and turned into targets for hostile judgments.

Ressentiment and the feelings it triggers become self-perpetuating. Even more, they become part of one’s identity. The individual self-defines as cynical, aloof, and a judge of others, value delusions leading to arrogance, hubris, and double standards.

Looking at History Through Ressentiment

Scheler’s theory of ressentiment is especially compelling and useful because it describes an abstract and elastic psychological phenomena not restricted to a specific type of person or set of circumstances. Ressentiment also applies to both individuals and groups of people. The theory does not describe all cases of personal or group political hostility, but it can help us to understand some, and perhaps many, social and political movements of the past 107 years. I will leave it to my discerning readers to make non-ressentimental judgments about who fits Scheler’s theory.