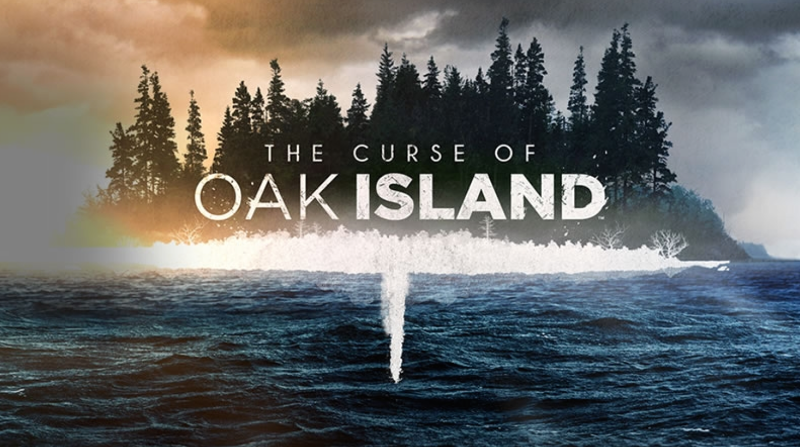 Follow up video: Why Is The Curse of Oak Island Lying To Us?

There are now three realms of existence: reality, fiction, and reality TV. Reality TV is far too contrived to be reality, which is probably why the TV networks prefer the term “non-scripted TV.” The genre fails in comparison to reality. Nevertheless, locking people in houses, stranding them on islands, stalking hillbillies, and raiding abandoned storage lockers are now staples of basic cable reality TV.

Last year, I wrote an article about what the Oak Island mystery reveals about human loves and fascinations. It is one of my most read articles, probably by people hoping for gossip more than philosophical insights, but there you have it. This year, I want to explore the connection between this “reality show” and us humans—what people want and what people get.

We humans are curious beings. We love a story and learning new things (well, most of us do). Whether one prefers fictional or reality-based stories is a matter of personal taste. “The Curse of Oak Island” is a reality TV show. It is not a documentary. The network can legitimately call it “non-scripted” but that doesn’t mean the action isn’t staged before the act or edited after the act.

A Question of What’s Real
What’s real and what’s not in “The Curse of Oak Island?” The Lagina brothers and their colleagues on the search are all real people. They aren’t actors. The basic story of the Laginas searching for an answer to the Oak Island mystery is real. They’d be searching for information whether or not there was a camera crew following them around. The people are real and the quest is real.

That said, we have no way of comparing what the show’s producers are showing us with what really happens on the island. We see only the finished, and highly edited, product made for television. All indications are that the producers think of the show as entertainment, not as a chronicle of events. There’s nothing inherently wrong with taking that approach, of course, but it does lead to the question of whether the audience is being treated fairly and with respect. How much doctoring is going on?

What Stands Between Us and Reality?
“The Curse of Oak Island” is a reality TV show, but it’s different. There’s a real mystery here, not just how much will the pawnbroker pay for that old item. But the idea that the search to solve the mystery should be shown as entertainment is problematic. For example, I teach philosophy for a living, and I see what bad things can happen when others care more about making philosophy entertaining than being accurate about philosophy. The more you lean toward entertainment, the more you’re willing to fudge facts to get there. That’s going on with Oak Island, the TV show.

I don’t doubt that Gary Drayton really does find “bobby dazzlers” on Oak Island, and other finds are legit, but the circumstances surrounding these discoveries can be reasonably doubted. That’s because “The Curse of Oak Island” is produced by an entertainment company, Prometheus Entertainment. It should be pointed out that Prometheus Entertainment’s other productions include the severely and often laughingly inaccurate “Ancient Aliens” and multiple shows about the Playboy Mansion. They produce reality TV entertainment. I’m sure they’re good people but their track record indicates that historical documentation isn’t high on their agenda.

Prometheus Entertainment stands between us and what’s really happening on the island. I’m not making them out to be the bad guys, just pointing out that fact. TV is a business and the network is about making money on advertising and that means courting viewers with sensationalism. And History Channel, which has very little to do with history, wants sensationalism. Could it be…. yes, Prometheus Entertainment provides that sensationalism. The editing, the scene staging, the lack of continuity, the withholding of information to create fake drama, that’s reality TV, not reality.

Unless those who actually do the searching speak out, we can only see Oak Island through the filter that Prometheus Entertainment places over the camera lens. The Laginas are private people. Do a Web search for yourself. You will find almost nothing about them. That’s their right. It’s doubtful they will say anything publicly, as is their right. They seem to be putting up with the excesses of the producers and network to have the opportunity to fulfill their dream of solving the Oak Island mystery. Those millions of dollars have to come from somewhere and Billy, Laird, Terry, Gary, Mike, and Vanessa don’t come cheap.

The problem is that people can tell there’s a gap between reality and what the entertainment company shows. Too many poor edits, too many staged scenes, way too much filler, and way too much repetition, and way too much repetition, and…you get the idea, give it away that there are lies of omission. Gaps in a story create the problem of baseless speculation. If people aren’t given a straight answer, they will create one for themselves. The problem is worse for Oak Island because there are so many crackpot theories out there for people to choose from. For every fact about the Oak Island mystery there are dozens of tall tales if not outright lies. We all deserve better.

The Audience as Consumer
It’s interesting, when you think about it, how we consider the rights of the consumer in almost every product except television. Maybe we assume that people should just change the channel, or maybe the expectations for TV are so low that we don’t consider quality to be much of an issue. Much of what is on TV is of poor quality—shows rushing to the lowest common denominator. Reality TV is by far the worst in this area. I need only say “Snookie” and “Honey Boo Boo.”

The Laginas and their Fellowship of the Dig are not the cast of a normal reality TV show. For that, we should thank them. Because of them, “The Curse of Oak Island” has an integrity and class seldom seen in reality TV. We should also thank the Laginas and colleagues for sharing their quest with us. The Laginas deserve the gratitude of those who have been following their quest, but what do those who have been following the show deserve? They deserve an even better show, one with a bit more reality and a little less TV.