The Islamic Renaissance's Influence on Philosophy
Skip to content 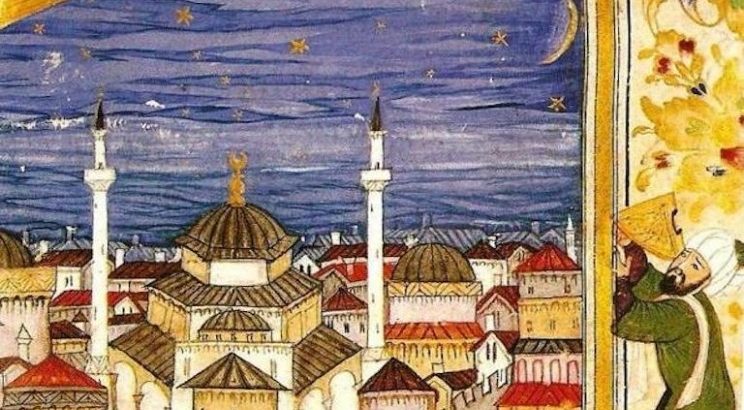 Islam had a tremendously positive affect on the Western world in preserving the knowledge of the ancient Greeks. The Islamic world from present-day Uzbekistan in the east, to present-day Spain in the west, had had access to Aristotle going back to as early as the 800s when they discovered ancient Greek manuscripts, all of Aristotle and some more of Plato and other scholars, kept by Christian monasteries in what is now Syria. Islamic philosophy kept alive the tradition of Greek learning. There were several dozen notable Islamic scholars who contributed to an Islamic renaissance of learning in natural philosophy, medicine, mathematics, epistemology, and logic, but we will briefly note four Islamic philosophers who had significant influence on later Western philosophy.

Islamic scholars had access to all of Aristotle, which facilitated their exploration of politics and natural philosophy—the study of the natural world. In a quirk of fate, Plotinus book Six Enneads was included in the manuscripts, but it was mislabeled as being a book by Aristotle. Islamic scholars spent a lot of time trying to connect Plotinus and Aristotle, which was a difficult challenge. Islamic scholars also diligently tried to show the compatibility of Islam with the ancient authority of philosophy. They revered Plato and Aristotle as great teachers, and they treated their writings as essential wisdom, similar to the Christian concept of letters.

One of the first attempts to synchronize Islam and Aristotle was undertaken by Abu Yūsuf Al-Kindi (c. 800-c. 870). A native of what is now Iraq, Al-Kindi translated the available Greek philosophical and scientific texts into Arabic, developing new Arabic words to express Greek concepts. He argued that Aristotelian philosophy and science could be incorporated into an Islamic natural theology. It was Al-Kindi who introduced Indian numerals to the Islamic world, which the Christian world later erroneously relabeled as Arabic numerals. He also wrote on astronomy, optics, and chemistry. True to Aristotle, Al-Kindi believed that truth is confirmed by observation, and he adopted Aristotle’s theory of potentiality and actuality to describe objects, though he attempted to synchronize Aristotle’s theory with Plato’s Forms.

Abu Nasr Al-Farabi (c. 872-c. 950) lived most of his life in Baghdad where he wrote extensively on logic, music, mathematics, physics, and of course philosophy. He founded a school of philosophy to build on, but go beyond, the philosophies of Plato and Aristotle. For centuries after, Al-Farabi was referred to as “the Second Teacher,” after Aristotle, the First Teacher. Al-Farabi drew on both Plato’s theory of the ideal state and Aristotle’s writings on biology to create a full picture of life on earth. In multiple books, he adopted Plato’s idea of the well-ordered state led by the philosopher king, linking it to the idealized city-state governed by the prophet Muhammad at the beginning of Islam. Understandably, Al-Farabi found the subsequent Islamic governments as falling short of this ideal. He was not, however, as antidemocracy as was Plato because he argued that people had an innate disposition to join together with others to better their society. He advocated for strong leaders guided by the cosmic Intellect, showing he was influenced by Plotinus, who Al-Farabi and others thought was Aristotle.

Building on Plotinus, Al-Farabi considered the human being as divided between the physical body and the intellect. The human intellect he divided into a potential for thought and the actuality of thought. He portrayed human thinking as the abstraction of universals from sense perceptions retained in memory. Similar to Augustine, he said that thinking requires the light of reason that illuminates the world and concepts about it. Al-Farabi called the light of reason the Agent Intellect, which is an emanation from the First Cause (his Aristotelian term for Plotinus’ The One). We cannot comprehend the First Cause except by negative statements: It is uncaused, indivisible, without beginning or end, and so on. However, we can comprehend the emanations of the First Cause that manifest in the world if we act on our potential to think by using our active mind that is part of the Agent Intellect.

Ibn Sina (980-1037), known in Christian Europe by his Latinized name “Avicenna,” was from present-day Uzbekistan and trained as a physician but also wrote about astronomy, logic, and philosophy. Much of Ibn Sina’s philosophy was a continuation of Al-Farabi’s, including the theory of the emanation from the Intellect, but he put more focus on the nature of Being. Central to his theory of Being is the distinction between essence and existence that allows us to discern three modalities of Being. There is a Necessary being (God or The One) whose essence and existence is one—in other words, it necessarily exists, it cannot not exist, and so its existence has no external cause. Everything else is either impossible or contingent. Impossible things would be logical contradictions, such as a round square—it cannot exist. Everything else either could or could not exist, and its existence is contingent on an external cause.

Form and matter, Ibn Sina said, cannot interact on their own to create a contingent object; an efficient cause must act to create it. We can contemplate the essence of an object, but reason alone cannot tell us if it exists. To know what exists, we need to know the efficient causes that impart or add existence to essence. Knowing efficient causes is crucial because other than God, nothing has the power to change itself. Only something greater can cause it to change. To cause a change in an attribute of an object, the greater power must already possess the attribute that is then put into the object. For example, for a log to burn there must be a fire that is burning that puts the attribute of burning onto the log. There is no change into existence from nothing. Following Aristotle and Al-Farabi, Ibn Sina held that God is the First Cause that contains all attributes and therefore is the ultimate source of all change. He isn’t suggesting that God is immanently and actively involved in every change (though other Islamic philosophers did believe that). He held instead that God, being pure Intellect and the necessary being, created out of logical necessity. God’s perfection is such that the creation is a chain of logically necessary events, one efficient cause to the next, from God’s creation of the universals to the creation of every particular. We can know about God’s creation because thought brings about the generality of forms, meaning that when we think about the world we identify the universal forms that God used to create everything and we can discern the logical causal chain of events that stems from the necessary being—God. 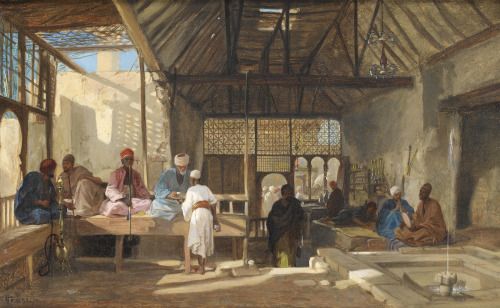 Ibn Sina is known for his thought experiment of the floating person. He asks us to imagine a person suddenly created who is suspended in midair and deprived of all physical senses. This person would have no awareness of any objects, even their own body, but can perceive their own self-consciousness. The only thing this person could assert is its Self, having no experience of anything else. Ibn Sina concludes from this that we can be sure of the existence of the Self, or soul, and that the Self is something other than the body, something nonbodily.

Ibn Rushd (1126-1198), known mainly by his Latinized name “Averroes,” was the most prolific and famous of all the Islamic philosophers. In both the Islamic world and Christian West, he was known as “The Commentator” because of his meticulous commentaries on every one of Aristotle’s many works. He wrote more than 100 books on nearly every subject imaginable in his time, including extensive medical texts. On philosophy, Ibn Rushd was a sharp critic of other philosophers. He thought that earlier philosophers, including Al-Farabi and Ibn Sina, had distorted Aristotle’s philosophy by blending in too much of Plato. Rather than attempt to reconcile Plato with Aristotle, Ibn Rushd wrote about the differences between them—most significantly, Aristotle’s rejection of Plato’s theory of Forms.

Another of Ibn Rushd’s books was a point-by-point refutation of al-Ghazali’s (1058-1111) The Incoherence of the Philosophers, in which the fundamentalist al-Ghazali condemned all Platonist influences as nonbelief in Islam. Despite his own problems with Ibn Sina’s Platonism, Ibn Rushd had greater problems with al-Ghazali’s attack on philosophy itself and so wrote The Incoherence of the Incoherence, quoting the Koran frequently in support of his contention that God wants people to study nature (natural theology) and interpret the revelation of scripture (revealed theology) rooted in knowledge, which Ibn Rushd said referenced philosophy, the highest method of knowledge. Given his background as a judge, he went so far as to issue a fatwa, a legal opinion, that philosophy is allowed for Muslims and is even an obligation for those intellectually capable of studying it.

His reference to those capable of philosophy is from his social philosophy, which he used to reconcile religion and philosophy. In a commentary on Plato’s theory of an ideal society, Ibn Rushd proposed a three-tiered categorization of human society. His conception at first sounds condescending, but it is a reasonable description of how many people are, and less a proscription of how he thinks people should be. The vast majority of people, he said, are “bronze” people who live by their senses rather than by reason. They can’t comprehend higher rational principles, so they need the order provided by the teachings of religion to provide structure to their lives. The people in the next higher level are the “silver” people. They also live by religious teachings, but unlike the bronze people who blindly follow the teachings, the silver people seek rational justification for them. They are the theologians, but their use of reason is only to justify already held beliefs, so they can never attain higher truth, which requires going beyond following orthodoxy. It is only the “gold” people, those blessed with the highest level of intelligence, who can see that religion can’t provide all the answers. Gold people are drawn to philosophy, the highest method of knowledge. These people can discover truth directly for themselves, truths that are illuminated by the cosmic Intellect but beyond the ability of the theologians and common people.

Again, this isn’t as elitist or condescending as it may at first sound. Ibn Rushd contends that this is how humanity is, created to be so by God, who benevolently has provided religion for those who need it and the Agent Intellect for those who are capable of understanding higher truths. He naturally prefers that gold people be rulers or at least be advisors to rulers, but he stresses that rulers should use persuasion, not coercion, to teach virtue to citizens. He also was one of the first in history to call for women to have full rights equal to men, including women sharing power in government and participating in all professions, even as soldiers and philosophers. It was 600 years before anyone wrote similarly about women’s rights in Christian Europe.