Max Scheler's Philosophy of the Person
Skip to content 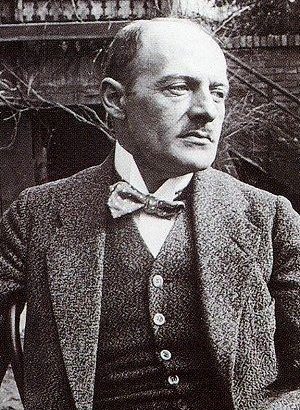 Philosophers are notorious for discounting human emotion. The strong preference for rationality goes back to the ancient Greeks, particularly Plato and Aristotle. Rationalism has overwhelmed philosophical conversation ever since, it’s strongest expressions being positivism and Kantian morality. The problem with rationalism is that it falsely reduces all human experience to a tiny realm of logic, and it too easily denies the reality of the human person as an individual with thoughts and feelings beyond the strictly logical. Max Scheler provides a healthy corrective to that rationalist reductionism by emphasizing the supreme value of the individual person.

German philosopher Max Scheler (1874–1928) is tragically still virtually unknown in English-speaking countries, but his influence on philosophers in Europe is immense. Scheler studied Edmund Husserl’s published writings and developed his own version of the phenomenological study of consciousness. Scheler’s exploration of consciousness led him to a rich philosophy of the individual person within social life and the awareness of the importance of emotions in human life, especially love and joy.

Husserl’s philosophical method was based on logic. Scheler instead emphasized a focus on our original experiences that we have before we apply logic and other interpretive criteria to them. In other words, we have experiences before we think rationally about our experiences. Our sense experiences of objects are given to us only in the experiencing act itself. By extension, the philosopher needs to engage with the phenomenological facts of experience without first applying to them a logical or scientific method.

The Meaning of Life

Scheler’s motivation was to steer philosophy away from the reductionism of positivism and toward the question of the meaning of human life. He saw people as more than rational beings (as positivism depicted) or practical tool makers (as pragmatism depicted). We are those things, Scheler said, but we are also beings who can seek into and understand the world in its essences and being.

In other words, we are capable of more than dealing with practical concerns; we are also capable of wondering about the deeper meaning of life. Scheler called philosophy a loving act of participation in the essence of all things. This appearance of the concept of love in philosophy may seem surprising, and it is something we haven’t seen since Augustine. But Scheler brought back to philosophy something significant and influential: a sense of wonder about the world and a willingness to engage with it and have feelings about it rather than hold the world at arm’s length.

Partially influenced by Husserl’s work on sedimentation in consciousness, Scheler recognized the importance of the philosopher’s attitude. He did not discount the importance of emotions as most philosophers have. Love, for Scheler is not sentiment or yearning but an attitude of wonder and openness. Love, Scheler said, is a movement of opening oneself up to the world of values — that which we find valuable. In contrast, hatred is closing oneself off from the world of values. Love involves acts that extend into the world, and hatred involves acts that narrow one’s reach into the world. Phenomenology is an attitude of openness. It does not negate the practical or scientific attitude, but it suspends judgment on them. Scheler saw phenomenology as a trusting attitude toward the world much preferable to the skeptical attitude of the modern era.

A Morality that Values Persons

Scheler also applied the attitude of love to moral philosophy. He adopted Kant’s idea that morality must be based on duty without regard to consequences. But he rejected Kant’s insistence that the Categorical Imperative must be universal and instead said that our duty is the specific duty that one has to another person. Scheler corrects the cold rationality of Kant’s Categorical Imperative by realizing that all of our perceptions are also experiences of values. For example, a tree has green leaves and is tall, but it is also beautiful and gives cooling shade, and often these values of beauty and pleasure are what are important to us. All objects of experience carry values. Their values do not exist in the object but in the act of perception. Scheler said that when we perceive a painting, we “see” its beauty like we “see” its shapes and colors.

Our awareness of value is our most primordial relation to the world. Objects have value for us before we perceive or know them, and we interact with the objects in the world in terms of their value to us. Following the ideas of Franz Brentano, Scheler conceived of our relations to things as having positive and negative values. Values are objectively real, Scheler said, though we experience and act on them subjectively. Positive values are those that we find desirable and those that we feel ought to be. Conversely, negative values are those that we find undesirable and those that we feel ought not to be. Differing from Kant, and most philosophers going back to Aristotle, Scheler said that what ought to be is not derived through logic. We intuitively feel what ought to be and what ought not to be, and we intuitively feel that some values are higher than others.

The specific type of being who can experience values is a person, Scheler said, and other people are values in and of themselves. This is similar to Kant’s Imperative that other people should be treated as ends in themselves. For Scheler, the person is a moral actor, present in every act; however, the person is not reducible to any particular act but is the unity of all acts the person performs. That means every person is unique because each person is a unique center of acts, and every person has his or her own unique style of acting, loving, and assigning meaning. Therefore, the person cannot be objectified — or subsumed under stereotypes or categories. A person’s meaning is determined by the unique way in which that person brings meaning to the world.

Scheler describes his moral philosophy as “personalist,” and makes personal values supreme, sharply distinguishing the person from the ego. Because every person is a unique center of acts with unique meaning, Scheler said we ought to value every person. We are aware of other minds before we are aware of nature, meaning that as young children we come to know that other people exist before we come to know that the world as a whole exists. Philosophy must take that into account, and morality must center on the person.

A Philosophy of Community

The value of the person is the foundation of Scheler’s political philosophy, or truer to his wording, a philosophy of community. Community is about shared values and love. We understand each other through valuing others, and through valuing others we form community. In turn, the sharing of values and responsibilities within a community is the context (or “lifeworld” to use Husserl’s term) in which people form and realize themselves. Permeating all of Scheler’s lengthy and detailed discussion about building a community of love and solidarity is the “attitude of valuing.” An attitude of valuing someone or something is an act of giving or creating meaning and is, therefore, an intentional act, not of intellect but of love. Sharing, empathy, and respect are some of the ways that we value other people. We can also see a very similar idea in recognition, the basis of social justice.

Valuing people includes valuing their emotions. The bottom line for Scheler’s thought is that our salvation lies not in hardening ourselves to suffering but in acknowledging pain in ourselves and in others and sympathize with it. Sympathy and empathy for others are positive values that bring us together as a community. Scheler warned that when people “join ranks” united by angry unhappiness, they only spread their unhappiness. Writing about that in Germany in 1921, Scheler was eerily prescient of the coming horror of the Nazis who knew how to exploit anger and unhappiness as a constituting force. Scheler said that we need to reject the false strength of hardening the ego against suffering or of glorifying such suffering. Instead, we need to acknowledge that pain is pain but that joy is joy and goodness comes from joy. There is pain but there is also love.