The Amazing Music Scene in Brazil
Skip to content 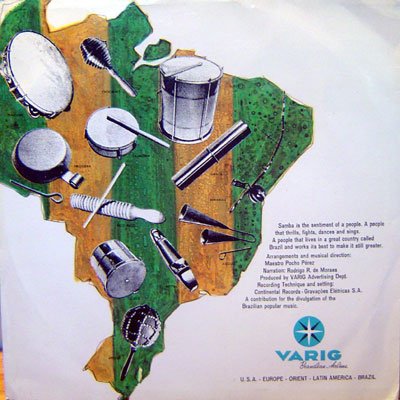 This post is about the amazing music scene in Brazil, where they have blended European and South American elements. Some say the people of Brazil are ancestrally one-third European, one-third African, one-third Native American. This is probably not true, but Brazil may have the highest percentage of “mixed race” people in the world. At a population of 205 million, Brazil is about two-thirds the size of the United States. Therefore, it is not surprising that Brazil is home to a variety of world fusion music.

First and foremost in styles of Brazilian music is the samba, the 2/4 rhythm that is what most people think about when they think of Latin American music. With roots in African music, samba developed along with the Brazilian carnival in Rio de Janeiro and São Paulo as extended urban dance music in the early 20th century—raves long before there were raves. I don’t play a lot of samba on World Fusion Radio because, for good or ill, I tend to stay away from more traditional music, always going for the fusion. 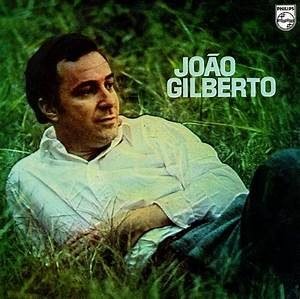 What I do play a lot of is the other best known genre of Brazilian music, the bossa nova. Literally meaning “style new,” bossa nova is the Brazilian fusion of samba and American jazz that developed in the 1950s.  João Gilberto is generally known as the father of bossa nova, developing the genre while playing guitar with jazz orchestras. The genre seems almost main stream now, its gentle groove so easy to listen to and work into other genres, but at its inception it was a big innovation. A great story about Gilberto is that his father, upset by his untraditional singing style and refusal to take “normal” work, committed him to a mental hospital. In a psychological interview, Gilberto looked out the window and remarked, “Look at the wind depilating the trees.” The psychologist replied, “But trees have no hair, João.” Gilberto responded, “And there are people who have no poetry.” He was released after a week. I feel that that story captures the spirit of bossa nova.

Current bossa nova artists include the wonderful singer Bebel Gilberto, daughter of João; Bossacucanova; and Caetano Veloso who, along with Gilberto Gil, took bossa nova into a political direction and the two were briefly imprisoned by Brazil’s military dictatorship in 1969. Gil was exiled to London for three years and was exposed to reggae, African, and Asian music which all influenced his music in the 1970s and 80s.

Within the amazing music scene in Brazil, the next generation of bossa nova-inspired music include the amazingly innovative guitarist and singer Badi Assad (pronounced ba-JEE ah SAJ) who keep accelerating her output as years go by. The late artist Suba produced some interesting lounge and chill music, most notably his album São Paulo Confessions. Dom La Nena is a cellist and sultry singer with five albums and an interesting remix album. I will also throw in Zuco 103 who play pure Brazilian music even though they are from The Netherlands and Bah Samba, a UK electronica artist who makes his influences obvious with his stage name.

And of course Brazil is famous for singers blending folk, bossa nova, soul, lounge, and jazz traditions. I will name just a few I recommend: Céu, Cibelle, both up an coming artists, and the venerable Milton Nascimento who has released 41 albums since 1967.

Then, there are Brazilian artists who invented their own genres. Os Mutantes was to Brazil what the Beatles were to the rest of the world. Very popular, they used Sgt. Pepper-era Beatles as their starting point in 1968, then teamed up with Caetano Veloso and went full psychedelic, then in the 1970s became a progressive rock band. After a 28-year hiatus, they reformed in 2006 and are still recording and touring. Cyro Baptista 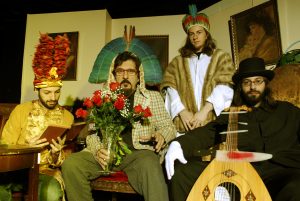 is a cross between Frank Zappa, Blue Man Group, and Os Mutantes. Baptista takes his primary influences from his native land but hardly stops there. His music is percussion bassed with heavy acid jazz and psychedelic rock influences. If hitting it makes a noise, Baptista uses it to make music. He employs percussion and other instruments from Brazil, U.S., Indonesia and Africa along with instruments of his own creation. Finally, there is Mombojó a foursome that are rooted in bossa nova but adds elements of rock, trip hop, and electronic funk to create a wide variety of songs.

All that said, I must confess I am fairly late to the amazing music scene in Brazil and the wider Latin American scenes. For years I was much more into Indian and Arabic music. It was only about seven years ago that I started to explore and learn more about music fro Brazil, Argentina (nuevo tango!), and interesting music out of Columbia and Venezuela. I wanted to write about Brazilian though because it does seem to be the most popular single genre of world fusion music with my audiences. Which, I know, means I need to learn more!