Looking at Muslim-Christian Relations, We Should Be More Optimistic
Skip to content 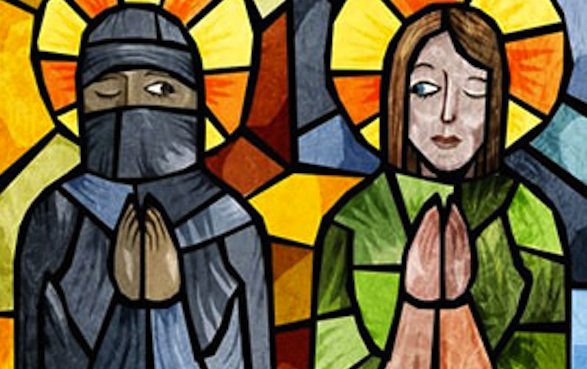 I have been writing a paper to present at a conference at Cambridge University (an amazing privilege), and was researching the history of Muslim-Christian Relations. Despite what we hear in the media, hatred and violence between Muslims and Christians is not universal and in many times and place, not even the norm. If you are willing to look beyond the sensationalist headlines, you will find a different story of the humanity that people show in their interactions.

This article by Jane Smith published online by Oxford University Press is a very good introduction. Smith puts the past animosities between Muslims and Christians, into historical perspective. The history of how the powerful have manipulated fears of others who are different explains much of the conflict in the world today. Despite the rhetorical use of religious labels, most historical and contemporary conflicts are political. Individuals interact with others within their political environment and have to make choices of how they will relate to others. Some individuals chose peaceful interactions, others do not, and these decisions reflect individuals’ general attitudes toward other people more than anything else. People are people first, they are whatever religion they may be second.

A good source for seeing how people actually interact is Christian-Muslim Relations in Egypt: Politics, Society and Interfaith Encounters by Henrik Lindberg Hansen.  Hansen, studying the personal attitudes of Muslims and Christians in the officially Islamic country of Egypt found that the feelings of individuals on both sides of the religious divide were often open-minded toward those of the other religion.

Another good book is Unity In Diversity: Interfaith Dialogue in the Middle East.