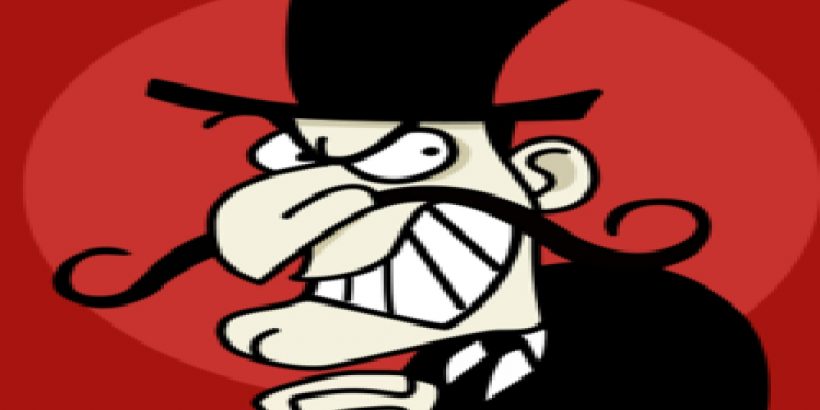 If you publish Web sites, you may want to avoid these companies.

I have been publishing original content on the Internet since 1994. My first site was a political blog before anyone knew what a blog was. As a publisher, I have been bartering and selling ad inventory on my sites since 1997.

I have tested many ad agencies over the years, most now out of business, trying out their code to see how well they work with my sites and whether they are a good company to work with. I’ve never made much money on it, so I have no advice to give on how to get rich selling online ad space. But I have had some bad experiences that I would like to share with you. I think of it as a public service, because I do not want anyone else to have my experiences.

Your results may vary, of course, but based on my experiences, here are ad agencies that I urge Web publishers to avoid. Every single ad agency listed here I have tested at least twice and received consistent results.

Will Destroy Your Site’s Reputation

Let’s face it — to be successful online you need to have a good reputation with the search engines. If Google and Bing blacklist your site, you lose big time. If you install ad code on your site that makes the search engines think you are doing malicious redirects, they will blacklist you. You are at the mercy of these big tech giants so do NOT piss them off by using these ad agencies. I tested both of them on different sites over a year apart and received the exact same disastrous results each time.

How this company stays in business I don’t know. Their ad code so takes over your site it is almost malware. Within an hour of installing their ad code on one of my sites, I had two of my loyal users e-mail me out of concern that my site had been hacked. Their concern was well justified as Propeller’s ads are pop-ups, pup-unders, push notifications, and redirects galore, with overly flashy graphics pushing rather suspect sites and products.

Within 24 hours, both Google and Bing had delisted my site from their search indexing. This, despite a very good record of organic traffic.

It took me months of pushing to get my site relisted with both. Propeller Ads lets you make a number of opt-outs when you set up your ad servicing, but even taking every option to lower the ad intrusion, they still spam your site and scare off your users, and get you blacklisted as a malicious site. It seems that Propeller Ads ad content is geared heavily toward gamer and crypto topics, so I’m guessing that they are selling their inventory to fly-by-night operators who will but the code on temporary pages and forums to try to grab a few pennies before they are thrown off. Regardless, if you are running a legitimate Web site, you don’t want to be giving over your inventory to Propeller Ads.

They aren’t as virulent as is Propeller, but ForeMedia also acts like it has hacked your site. Their ads are not horribly intrusive, but they do set off the alarms at Google and Bing. ForeMedia also got my sites delisted for a while, though it was easier to convince the search engines to relist me. Still, one time shame on you, two times shame on me, never again.

These two ad agencies won’t break your site, but they engage in a practice almost as bad. How it works selling your ad inventory to an agency is that they do not pay out until you have passed an earnings threshold. It makes complete sense; if your site is very low traffic, the agencies won’t be paying out to you because it isn’t cost effective for them. The payout threshold is usually $100 or $200, so if you have earnings over the threshold at the end of the month, they should pay you.

When I test a new agency, I give them only a small portion of my ad inventory. That way I can quickly without too much damage cut off bad agencies like the two mentioned earlier and can do direct comparisons of agencies on the same Web pages to see who gives the best ROI. It can take a while to reach a payout threshold, but if an agency is serving quality ads, I give them more and more inventory. But not every ad agency is honest.

Run by Microsoft Bing, they are widely touted as the alternative to Google AdWords. Their ads are decent quality, have good CPM and CPC rates, but I tested them on two different sites over a year apart and received the exact same result each time. Both times, after three to six months of giving media.net ad inventory, my site would reach the payout threshold. Both times, two days before the end of the month at which time they would be committed to paying out hundreds of dollars in earnings, they suspended the account for “low-quality traffic” and pocketed the money they earned off my site.

Their suspension “appeal” process is a fraud. They ask you to go to a Web form and upload your Google Analytics data, but their Web form provides no way to attach copies of your Analytics report on the appeal form. You submit what information the Web form allows you only to receive an automated FU letter saying your appeal was denied for lack of information.

This company came to me, sending me an e-mail through my contact form asking to buy inventory on my sites. They were notoriously difficult to work with, had numerous technical problems with their reports page, and do not offer any way to manage your account your ads with them. Still, the actual ad servicing was fluid and functional, and their CPM was great. So, I gave them a percentage of ad inventory.

Yet, the first of the month after my sites met their payout threshold, they suddenly stopped serving ads. I sent them an e-mail inquiry and received no response. No response to the second, third, and fourth e-mail. Finally, someone responded with “we’ll check into it.” Never received an answer. To my subsequent e-mails, if they responded at all, they responded with “how can we help you?” as if they had never heard from me before. Adipolo pocketed the money they earned off my sites.

In my opinion, media.net and Adipolo are scam artists who made hundreds of dollars off of me. I recommend that you avoid them.

AdShares won’t break your site, and they won’t disappear or suspend you when you reach a payout threshold. They just will never pay you. I signed up with AdShares but never installed their code on any of my sites because after the whole application process and site approvals were finished, AdShares revealed that they do not pay you in money as every other ad agency does. They pay you in their own cryptocurrency, which you can only claim if you create a trading account on a one of a few shadowy trading sites. Or you can convert their monopoly money into buying ads with AdShares. Uh, no.

A good concept, CJ is a marketplace for affiliate programs. You select which merchants you want to give ad space to, and they give you the code to place on your site, CJ monitors the click conversions collects payments from the merchants and you get paid at the end of the month. Good concept, lousy, awful execution. CJ’s Web site is difficult to use, and you have to deal with each merchant separately. Twice I had verified click conversions, but the merchants did not pay the earned royalties to CJ. When I complained to CJ, their response was “CJ does not get involved in disputes between advertisers and publishers.” It is CJ’s Web site, everything goes through them, but when an advertiser refuses to honor their side of the contract, CJ suddenly doesn’t want to be involved in their own business. I made a few bucks but after twice being stiffed, I closed my account.

You cannot make money if the agency does not serve ads. I have tested quite a few ad agencies over the years, and while I have had my share of difficulties, only Adsterra has given me the problem of not serving ads. As I mentioned, when I test an agency, I give them only a small percentage of inventory. This allows me to compare apples with apples. On Web pages where I give inventory to two or three different agencies, I have solid comparison statistics. I never put more than five ads on a page, and usually only two or three per page.

The test with Adsterra showed that on identical Web pages, while every other agency served at a rate of 98–100% success, Adsterra served 30–50%. Way too many blank spaces on my Web pages. I sent the data to Adsterra and received a bizarrely non-interested response. They basically just said they sometimes do not serve ads sometimes. Well, then why should I bother giving you ad inventory if you don’t use it? Their CPM is very poor too — one forth the next lowest agency I have tested. Waste of time.  They also only pay through Paxum, a notoriously dishonest payment service.

Are there any ad agencies that I’ve had success with? Yes. Google AdWords works, but I have never been comfortable with Google the corporation. But at least their code is clean, and they do actually serve ads and pay. It’s just that I have heard too many horror stories though of publishers being suspended for no good reason. PurpleAds is honest and consistent, though their ads are low quality and low paying, though that is improving. They are a younger agency and are on the upswing, so, they get some of my inventory.