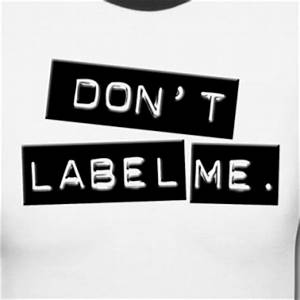 NOTE: The problem is with THE LABEL and NOT with ANY person, their sexuality, or their identity.

I am going to address a touchy subject and dare to ask: what is the problem with the transgender label? There is absolutely no problem with any human being who could consider themselves “transgender.” All human beings should be accepted for who they are. No, the problem is the label itself because it is a label.

First, let us be clear about what is the issue. A UK survey found that 79% of people who self-identify as transgender experienced hate crime related to their gender identity, and 32% had experienced physical violence. Both percentages are higher than the experiences of gays, lesbians, and bisexuals. Human Rights Watch reports that deadly violence against people in the transgender community is increasing.

In this case, if a person is not acting how a “man” or a “woman” “should” act, they are widely deemed to be doing something improper. Individuals who act contrary to social norms may be treated with suspicion and hostility. Stereotypes are simple, easy ways to categorize people, and if one thinks everyone is either a “man” or a “woman,” then judging people is easy. People rely on concepts and their labels to know how they should think, feel, and make judgments about things. Concepts and labels give a sense of security and understanding, which is why many people feel uncomfortable when others do not conform to the social norms of what a “man” or a “woman” is supposed to be.

The question is, how can we stop the discrimination and hostility against people who do not conform to social stereotypes such as “man” and “woman?” If the problem is judging people according to categories then adding another category is not the answer. If “transgender” is just another label to which we assign values and meanings to define people, then what exactly is gained? More labels do not solve the problems created by labels. As a label designating a category,  “transgender” becomes another stereotype against which individual people are judged.

We can see this now in the developing turf war over who is allowed to use the label “transgender” and who can be considered “trans supportive.”

One example: In response to feminist women who argue that the life experiences of people raised as a “man” who now identify as a “woman” don’t equate with the experiences of people who were born and raised as a “woman.” There are radicals who smear those feminists as TERFs (trans-exclusionary radical feminists). You can look up “TERF” on YouTube to view some of the vitriol between these two camps fighting over labels. So now people have another label people can fight over and use against others. As is so often the case in arguments over labels, there is more judging than listening.

Another example is this image, originally posted here. The creator says that is what the label “transgender” means and it supersedes these other 20 labels. Of course, some people disagreed vehemently. Making matters worse, the creator sets out the label itself as fending off the rest of the world and adds that the “transgender” label is reserved for people who “cross over or challenge” traditional gender roles, opening up the argument over who is adequately crossing over gender roles. This is where labels can do the most damage–when they are value judgments. The label is no longer descriptive but evaluative, enabling the dismissing judgment of “you can’t call yourself ‘transgender’ because you don’t depart from traditional gender roles enough.”

Obviously, not everyone is using the transgender label as a weapon to divide and subjugate, but the problem remains. To adopt a label is to define yourself or others by it. Labels can be helpful, but they can also be harmful. Too often, people use labels not to clarify and affirm but to classify and dismiss. People are discriminated against either because they are seen to not fit into a category judged as appropriate or because they are seen to fit into a category that is judged as different and inferior. Adding the label “transgender” has added yet another category for people to argue about and judge others as in some way inferior.

Labels can be used to justify and maintain power relations. In addition to handing conservatives another label with which to further stigmatize and repress already marginalized people, it hands people who would adopt the transgender label an excuse to exclude others they deem not “transgender enough.” There are now people pushing the terms “cisgender,” “cismale,” and “cisfemale” in defamatory ways. I already hear these terms thrown about as insults or derisive dismissals of people–“you are just cismale.” We already have a label, should we need one, for a traditionally-minded male who opposes “transgender” people: “bigot.”

The biggest problem with the transgender label is that it tells us to think in terms of a label rather than in terms of individuals. We need to celebrate the reality that all individual expressions are valuable, at the same time acknowledging individuals’ particular experiences and challenges, avoiding the backhanded bigotry of the “all lives matter” type of sentiments. This last point is important because those individuals who diverge from the stereotypes of “man” and “woman” face different challenges than the who do not. These experiences are part of what well-meaning people are trying to cover with the label “transgender,” but despite good intentions, the label is a weak umbrella that does not address individuals as individuals and ultimately covers no one.

“What labels me, negates me.”
― Søren Kierkegaard

There is no one “transgender” experience; there are as many different experiences as there are individuals. Let’s respect individuals by not subsuming them under a label and listening to and respecting them as individuals with their own unique experiences.

Adding more labels only serves to divide and obfuscate rather than clarify. The transgender label does not stop discrimination, harassment, ridicule, or violence. Only recognizing other individuals as having value for who they are will do that. Ultimately, it should not matter how one dresses, what toys a child plays with, what name one wishes to call oneself, and so on. Who someone is as a person is what should matter. Instead of labeling people, we should listen to them. Instead of labeling yourself, you should be yourself. Those two things will stop discrimination because then we will break out of the mindset of categorizing and judging people.

How About We Just Get Rid of Gender Labels?