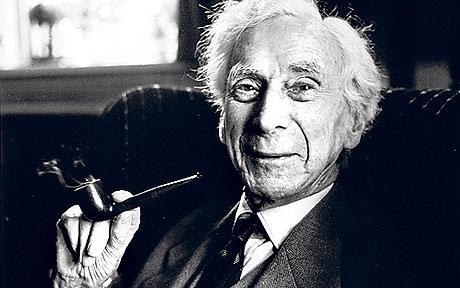 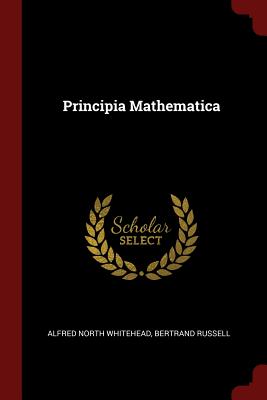 I feel bad for Bertrand Russell, not because Russell was wrong; anyone can be wrong. By all accounts, he was a decent person; a bit stodgy, but he was British so he probably couldn’t help that. He co-authored one of the most important books in the history of philosophy that effectively established analytic philosophy. He also mentored one of the most influential philosophers in the 20th century.

Unfortunately for poor Bertie, his co-author, Alfred North Whitehead, abandoned the school of philosophy he and Bertie founded, developing instead the drastically different field of process philosophy. His student Ludwig Wittgenstein also broke with analytical philosophy, though it is still debated how to classify the philosophy Wittgenstein did. Russsell’s life work to create an analytical system of logical atomism that could describe all knowledge ended when he realized it was just not possible. He is reputed to have said at one point late in life that on the whole, his life’s work had been less than fulfilling.

It is not surprising that despite Russell’s many wise observations, Russell was wrong when he said this:


“If everything were relative there would be nothing for it to be relative to.”

It is an understandable mistake. We do need standards by which to make judgements and these standards must be steady and dependable, not accidental. We are not talking about ethics here–that’s a different conversation. This is about judgments of science. A simple example is that if we do not have a steady and dependable standard of what a kilogram is, then we cannot have a reliable system of measuring weight. If our assessments of weight were all relative, we would be greatly confused. “How much does that apple weigh?” “Less than this apple” “How much is that?” “More than the apple I gave you last week.” If instead we had a firm standard of weight that can be a basis of comparison, we could say “this apples weights 0.150 kilograms,” and be sure about what we mean. All of our weight measurements are relative to the standard of 1 kilogram. Thus, we can compare apples and anything else based on this standard. 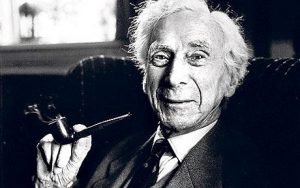 That foundation of standards in which not everything is relative is what Russell was trying to get it. Russell wrote at a time when the intellectuals of the day were grappling with the new ideas of Einstein’s theory of relativity and the emergence of quantum mechanics. Quantum mechanics was met with skepticism, even by Einstein, because it seemed to suggest that there were no objective standards on which we could base scientific measurements. Whether that is a fair criticism or not, the concern was real. We do need standards.

How Russell was wrong is that his conclusion that “everything is relative” is false depends on the assumption that we capture objective truth with our language. In other words, the mistake is conflating our acceptance of something as a standard with that standard being objective truth. Now, Russell and his devotees would say we can capture objective truth with logic, but the truth is that logic is another form of language. Russell knows this but falls into a Platonic realism about this relationship. Plato’s biggest mistake was assuming that if we find an idea agreeable to reason then it is objectively true and real. And because these ideas that we find agreeable to reason are absolutely true and real, these ideas are the basis for us to make judgments. Russell’s life quest was to discover the objective principles of logical atomism  that would unite epistemology and metaphysics under logical facts.

The problem with any form of epistemological realism is that our ideas are always relative to us. (There are more problems with realism, but I want to keep this simple.)  Saying an idea is agreeable to reason is really saying that it is agreeable to you–your experiences, opinions, and intentions. Logical facts are ideas to which we agree. What relation our ideas have with an external world are not as definite as we would like to believe. Our ideas can never fully capture the complexities of reality. We cannot know for certain that what we think makes rational sense is actually true. Logic tells us nothing about what is the case in the world because the world doesn’t fit into our tidy but tiny realm of logic.

You say, “hey, some ideas are not just mine because I agree that they are true, like your example of the kilogram which has a reality beyond my thinking.” Yes, but those ideas, like the idea of the kilogram as a standard measure of weight, are ideas agreeable to a group of people and their experiences, opinions, and intentions. What actually is a kilogram? It is something a group of people decided would be the standard they would use instead of using pound, stone, ounce, carat, tonne, or others. How much does a kilogram weigh? Well 2.205 pounds, 5000 carats, and so on. A kilogram is defined as “equal to the mass of the international prototype of the kilogram.” A group called the “Bureau International des Poids et Mesures” back in 1889 decided that this (see image) weighs a kilogram. It was an arbitrary decision (which is not to say it was frivolous or irrational) by a small group of people (white and male) that this (see image) defines a kilogram of weight.

Now, here’s the thing about this kilogram: it is both relative and objective. It is relative in that it is not absolute, it was arbitrary decided by certain people at a certain time and place. Anything could have been established as the measurement standard. It is objective in that once the standard is established and accepted, it is objective truth within that community or culture as long as they continue to accept it as the standard. The kilogram is the standard to which the weights of objects are relative to, but the kilogram itself is relative to a culture and objective only conditionally to its continued acceptance and use.

None of this means that there are not physical laws of nature and it doesn’t call into question the possibility of science. God may or may not play dice with the universe but our understanding of the universe is less exact that we would prefer. The way to deal with shortcomings in our understanding is not to insist that the universe conform to our need for certainty. Your ideas, no matter how logical they seem to you are just your beliefs. The key to wisdom is to let your beliefs be shaped by reality as best we understand it. Everything is relative and every thing can be something for other things to be relative to. The good news is that does not mean there are no standards. What it does mean is that we decide our standards and that those standards can change.