Siloization – ˈsī-lō-ə-ˈzā-shən : the process of isolating a group apart from others especially in ways that hinder communication and cooperation

In business jargon, “silo teams” refer to situations in which teams or departments don’t communicate with each other and don’t know what each other are doing. Almost always, this is a bad situation in which communication and cooperation are absent, efforts are duplicated, and efficiency and productivity suffer. Effective organizations need to avoid siloization to enhance productivity.

Outside of a business context, “silos” is a new term for an old phenomenon. Another term for it, now laden with racial connotations, is “segregation.” I’ll use “siloization” to be more neutral and encompassing. Humans are social animals, but that socialization has limits. Human groups have a penchant for isolating themselves from others and not communicating with others. Siloization may be as old as civilization itself. From ethnic neighborhoods to partisan newspapers to social media, humans have formed silos into which they have stuffed themselves or others. Silos of humanity can have softer or harder walls, but all silos hinder communication and cooperation. Indeed, that is their purpose.

Siloization Past – A Very Brief History

Siloization probably began based on differences in culture and language. Immigration has always been a human activity and people in foreign cities benefit from living with people who speak the same language and share the same customs. But not all siloization was voluntary. The most infamous example of involuntary siloization is when Jews were frequently forced to live in segregated communities beginning in the early Renaissance. Jewish people were literally walled off from others. In some cases for their protection; in most cases to be kept out of the sight of those who imagined themselves superior to Jewish people. Similarly, the United States and South Africa committed the atrocity of enforced segregation of black people causing myriad further injustices.


As literacy and communication technology facilitated the sharing of ideas, people could increasingly silo themselves based on political and social ideologies. The printing press greatly expanded the reach of ideas. It also expanded the potential for printed media to be a tool for propaganda and the creation of ideological silos. For many years in the United States, newspapers used to be openly funded by political parties, and for decades after, newspapers were still deeply partisan in their coverage. The newspaper you bought and read depended on your political allegiance. With a possible exception in the post WWII period, the idea of a neutral fourth estate has always largely been an unrealized ideal. People, when given a choice, tend to gravitate toward media that tells them what they want to hear, rather than be challenged by facts and different ideas. Media corporations have been happy to oblige and manipulate that sentiment.

Today, the human tendency toward siloization persists, but one difference is how much easier it is for people to self-segregate into silos based on ideology. Never before have people been so free to go beyond the limits of geography and read, listen, and see other people and their ideas. Alas, being all too human, many people seek out only people like themselves.

Many radio stations, cable news networks, and Internet Web sites offer a narrow ideological worldview. As just mentioned, a biased media is hardly new, but technology has enhanced the age old fear of the Other and the creation and maintenance of silos. Traditional media—print, radio, and television—is a one-way, top-down dispersion of information. It can be and has been used to form silos based on political ideology.

United States talk radio, especially in rural areas, is dominated by right-wing trash talkers who rail against the imagined evils of, well, everyone and everything different from the white monoculture. Right-wing radio creates a subculture of “trust no one but us.” It’s a great business model. Right-wing radio fits into a larger trend, pushed by right-wing interests, to polarize the political discussion in the United States. Political silos of “us” and ”them” have come to dominate the landscape.

We could go on about how moneyed interests influence attitudes through the media. However, we shouldn’t lose sight of how little prompting humans need to engage in siloization. Humans are social animals, but they willingly limit their socialization to like-minded people. Nowhere is voluntary siloization more evident than in social media. It is as if social media was custom built for it.

The Internet offers vast possibilities for communication. Tragically, it seems that few people take much advantage of these opportunities, Instead, humans do what humans have always done: self-segregate into silos of their own groups. Part of this is human nature. We predominantly search for and take in topics that interest us. Web sites and forums dedicated to birdwatching are pretty much only going to be frequented by birdwatchers. Someone who doesn’t care about fashion isn’t going to interact with Web sites and forums about it.

Of course, most people spend their time on the Internet swiping through social media sites. Social media corporations, by accident or by design, provide humans with the tools to erect their own personal silo walls. And boy, do humans take advantage of them. On the one hand, social media has tools of inclusion. You connect with people you like and you can see their posts. On the other hand, social media has tools of exclusion. The social media sites show you only content from those people you have let into your silo. You only see content from outside your silo if you actively search for it, or if someone reaches out to you. Even more, if anyone reaches out to you, you can slam the door of your silo in their face. It’s called “blocking.” It’s erecting virtual walls around your silo.

Some people use blocking on social media to get rid of trolls. To be honest, most people use blocking to keep other viewpoints and ideas out of their personal silo. It’s inherently antagonistic. Frell, people brag about how many people they’ve blocked and have blocked them. People include in their profile how ready they are to block anyone who expresses disagreement with them. Such arrogant rudeness would be unacceptable in real life, but it is a norm on social media.

Social media is a land of silos, a land of willful ignorance. And silos create echo chambers. Hiding in their silos, people only hear that with which they already agree. Their opinions are never challenged, their false ideas are never corrected, and they can put out of sight those “horrible” people who think and act differently. They can hide comfortably in their silo away from their fear of the Other. People in silos don’t learn about other people, don’t even have to interact with other people. They are happy with this state of self-segregation.

Silo behavior harms a company. Silo behavior is harming our society. Conversation has died as people have retreated into their social media silos and echo chambers. Worse, social media silos are filled with memes spitefully attacking those outside the silos. People silo off others out of prejudice and their silo echo chambers reinforce their prejudices. 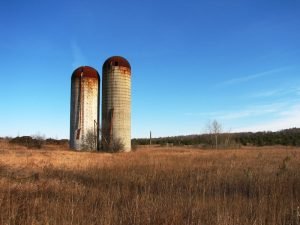 Social media, the corporate owned news, and political parties have vested interests in maintaining the siloization of the populace. It’s good for business. It’s good for political power. It’s so convenient because people need so little encouragement to arrange themselves in silo teams. Team Democrat versus Team Republican. Team Leave versus Team Remain. And on and on. Maintaining the silos are what matters most, not solving problems or ever daring to compromise with the Other.

Now, whenever an event happens or a situation presents itself, there are two dominant political interpretations of what is happening from two sides: “left” and “right.” Both sides insist that their interpretation is correct and the other is wrong. Their silos’ echo chambers constantly reinforce that narrow view. Two worlds. Both wrong. And the vested interests maintain the division of that siloization.

But truth can be discovered only by actively searching, continually questioning, and persistently communicating with other people. Silos are antithetical to the search for truth. Silos hinder communication and make justice difficult. Only when we take courageous steps outside of our own comfort zones and travel to where other people exist, think, and feel, can we hope to come to any kind of meaningful truth.

Only by demolishing our silos can we be fully ourselves.