The Albums That Led Me to Start World Fusion Radio, Part 1
Skip to content 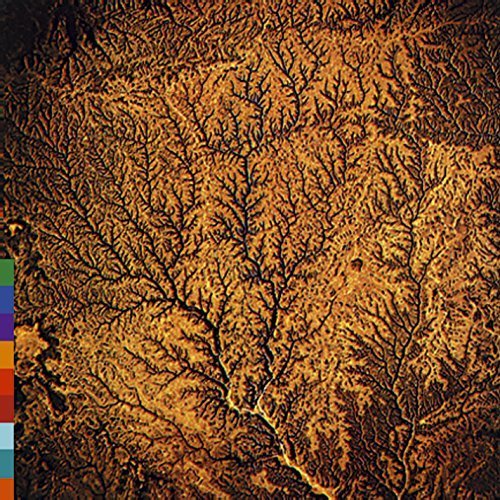 What led me to start World Fusion Radio as an Internet radio station was a series of musical events. I am not prone to autobiography, but looking back at the series of albums that revolutionized my musical palate may introduce listeners to some great new music. So, here, in two parts, are some of the albums to led to the start of World Fusion Radio.

I grew up with mainstream radio, as a kid I liked the usual rock bands kids in the 80s liked. That was until 1989 when I saw a film called Last Temptation of Christ, directed by Martin Scorsese. Regardless of how one feels about the subject matter of that controversial film, what is not controversial is that the soundtrack of that film changed the music industry. The music for the film was composed and produced by Peter Gabriel. The soundtrack album was called Passion. To fit with the film’s Middle Eastern setting, Gabriel wanted a soundtrack to match, though he interpreted “Middle East” rather broadly to include musicians from Morocco to Turkey to Pakistan. The result was an incredible achievement of hauntingly beautiful complex music. I highly recommend it.

But what really blew me away was the companion album, Passion – Sources. On that, Gabriel put together a compilation of some of the music that inspired him for the film soundtrack. The opening track was “Shamus-Ud-Doha Bader-Ud-Doja” – a mouthful but Nusrat Fateh Ali Khan made it sound mellifluous. I have read other people say that their first time hearing Nusrat changed their life. It certainly changed mine. If you don’t have a Nusrat album, get one. Rapture-An Essential Selection is a good introduction. Nusrat was one of the greatest Sufi Qawwali singers of all time. Qawwali is the devotional trance music of Sufi Islam. The instrumentation is simple: one or two harmoniums, one or two tabla players, one lead singer, and several accompanying singers. The idea behind the music is to inspire an ecstatic trance through a driving rhythm and soaring call and response vocals. The lyrics are spiritual mantras often extolling Sufi saints. Recorded Qawwali songs are 6 to 15 minutes long, but go much longer in live concerts. Here is a great free source to download some Qawwali music: 100 Best Qawwali Music Tracks Ever. Also on the Passion – Sources album are Hossam Ramzy, Kudsi Eruner, Baaba Maal, and Les Musiciens du Nil. All excellent musicians.

It was Nusrat that opened the door for me to be very lucky—two classic cases of right place, right time. I wrote a review of a Nusrat album for a local alternative newspaper and they were impressed enough to hire me to do more world music reviews because they lacked anyone with knowledge of world music. I barely had any knowledge at the time, but I was cool with making $15 a review and a writing credit. I was up front that I was not an expert but the owner pointed out I had actually heard of these musicians which was more anyone else on staff could say. After two months, the newspaper owner recommended me to the manager of the local community radio station who was looking for someone to do a world music radio show to spice up their alt-rock, jazz, and blues programming. They had many world music albums but none of their DJs wanted to play them. Basically, they were looking for anyone not afraid of non-American music. Again, right place, right time. Starting in November 1997 I sat in with an experienced DJ who trained me for about ten weekly shows and then I was given my own weekly slot playing traditional world music. The incredible luck that I, a complete novice, got a chance to become a real radio DJ still amazes me and for which I will be forever grateful.

Being at the radio station meant I had access to the CD stacks—thousands of CDs of every genre of music with dozens of the latest releases arriving each week. It was browsing the stacks and the incoming releases where I learned so much about music. The CDs were tagged rock, blues, jazz, and world and the world ones were my personal CD collection. It was in 1999 that I discovered the three CDs that revolutionized my musical tastes and began the path that led me to start World Fusion Radio.

The first was Bothy Culture (1998) by Martyn Bennett. Bennett was born in Nova Scotia of Scottish ancestry but moved back to Scotland when Bennett was very young. He was exposed to traditional Scottish music (he did not like the label “Celtic music”) all his life and formally trained in violin and piano, but his greatest love was the bagpipes. In his early 20s, he became involved in the rave culture in Edinburgh and began to fuse traditional music with modern electronics. Bothy Culture was his second album after a self-titled debut of traditional music. On Bothy he moved Scottish music into territories it had never known before. The songs are faithful to Scottish melodies accompanied by fresh electronic themes and flourishes. The opening track, “Tongues of Kali,” features Bennett on bagpipes and vocals with synthesizers. The track starts slow and soft but builds continually and the last half of the song is a rousing dance tune. “Aye” and “Shputnik In Glensheil” are amazing re-imaginings of traditional folk tunes. “Hallaig” is a recording of a poem by Sorley MacLean read by the author, brought to life by Bennett’s flute and electronic background. I have always found it amazing even though I am not a fan of poetry. The next four tracks run together as a long piece moving deftly from one musical theme to the next, from heavy dance beats to Finnish joik to an Irish jig. The album concludes with “Waltz for Hector,” a lilting combination of flute and synthesizer evoking feelings of the Scottish countryside and finishing with a lovely 2:28 bagpipe solo. (My cat always cam running from wherever she was and started meowing at me when that solo came on. My wife insisted my cat was complaining about being tortured, I thought she was happily signing along). I was blown away by Bothy Culture and still am. Bennett recorded three more albums before he died from cancer in 2005, aged just 33.