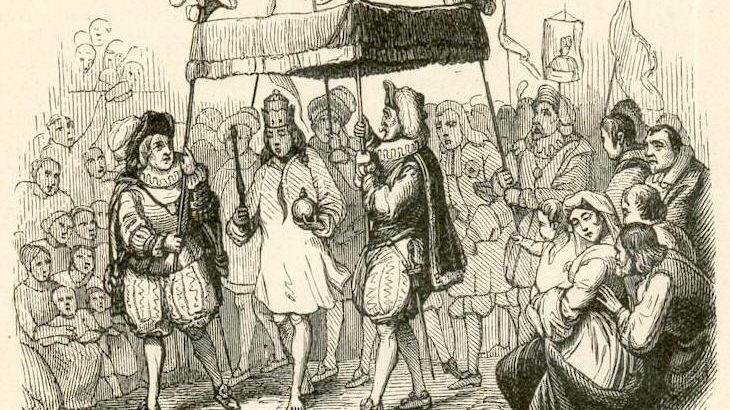 A news article today mentioned that there was some sort of march and rally called “Straight Pride” in Boston. It wasn’t published in The Onion, so it must be true, though some would still say it must be a joke. It’s not a joke, but the only seriousness about a “straight pride” event is the serious misunderstandings on the part of the participants in such an event.

Now, full disclosure, I am what people would consider “straight” in that I feel no sexual attraction for other men. Some would say I was born that way, others that I chose that, but regardless, I am on the heterosexual side of the sexuality spectrum. I’m okay with that. I am also okay with any other individual being whatever sexuality they are. But these “straight pride” people are not feeling okay with other people’s sexuality and are evidently confused about sexuality and social attitudes about sexuality. Also, the participants in the “straight pride” march don’t understand the meaning of “pride.”

What does “pride” mean? The opposite of pride is shame. Both can be either healthy or unhealthy. It is good to feel ashamed if you hurt someone or otherwise do wrong, and it is good to feel pride if you help others or otherwise do good. They are unhealthy feelings when feeling proud or ashamed is misplaced—feeling ashamed when one has nothing to feel ashamed about or feeling pride when one has done nothing to warrant a sense of accomplishment.

There have been gay pride parades because people who could be considered “gay” have had to live with social attitudes that demand that gay people feel ashamed for being who they are. That demand is misplaced. Shame is properly connected with wrongdoing. Bigotry improperly connects difference with shame, with the misplaced attitude that simply by virtue of being different, someone else should be ashamed of themselves.

Society doesn’t tell straight people they should feel ashamed of being straight because society considers heterosexuality “normal.” For example, I have never once been told “you are a man, you should not be sexually attracted to women,” or “as a man, you should not be married to a woman.” No one tried to stop me from marrying my wife. We can hold hands in public without the slightest fear of being assaulted for doing so. We can live together openly; if we were so inclined as to want to adopt a child, no one would try to deny us on the grounds that we are a heterosexual couple.

None of this is the case for non-heterosexual couples. Society tells them to feel shame. Society denies them human rights because of who they are despite the fact that they are not hurting anybody or otherwise doing wrong. Gay pride is a good and healthy response to the bigotry inflicted on them. The attitude of gay pride is a “yes, but”: “yes, you say I am wrong for being who I am, but I say ‘no, I am not.’” Non-heterosexual people resist that they feel shame and they reclaim their humanity by declaring, “no, I feel pride in who I am.”

This “yes, but” is a healthy response of defying misplaced shame. People of color and women, to name but two examples, acknowledge the bigotry inflicted on them and reclaim their humanity by saying, “no, I reject your misplaced shame and feel pride in who I am.” Marginalized groups resist bigoted attitudes that refuse to recognize their humanity by reclaiming their humanity—by declaring “we are fully human and deserve full recognition of our rights.” These struggles for recognition make sense only in response to misrecognition.

An open declaration of pride such as a gay pride parade is a social and political struggle for recognition in response to widespread misrecognition and injustice. The appropriate response to a public declaration of pride in being straight is, “yeah, so what?” Straight people aren’t told they should be ashamed of being who they are. They aren’t denied places to live or fired from their jobs and so on for being straight. The social and political demands in conducting a “straight pride” march are as nonsensical as showing up to court and making demands when no charges have been filed against you. It makes as much sense as shouting at clouds. What is the point in these people angrily proclaiming “straight pride?” Here is where we get to what lies behind the “straight priders’” serious (and deliberate) misunderstanding of pride.

True, these “straight pride” marchers are also demanding recognition. It is a rather different sort of recognition, however. Philosopher G.W.F. Hegel in Phenomenology of Spirit wrote about how the slave master needs a form of recognition from the slave to feel they are a master. The master’s sense of superiority comes from the slave acting as though the master is superior. Hegel’s brilliant insight was that part of the atrocity of slavery was the perverse dependency of the master’s sense of self on maintaining the subjugation of the slave. This power dynamic has been repeated throughout history as some people make shows of force to keep others subjugated to give themselves a sense of recognition.

Both a gay pride event and a “straight pride” event are expressions of power. The difference is the social context of these expressions. Standing up for yourself in the face of hostility and discrimination is an accomplishment to be proud of. The straight people at this march have no such achievement, though they are apparently envious and spiteful toward others who have overcome bigotry. But the “straight priders” manufacturing of their self-recognition is the more benign part of the story. “We’re just expressing our first amendment rights,” said one “straight pride” marcher as reported by the news article. Nazis marching through a Jewish neighborhood in Skokie Illinois in 1977 also said they were expressing their freedom of expression. It was similarly no accident that the “straight priders” chose to march through a neighborhood known for being friendly to non-heterosexual people. They were sending a message.

To be fair, the message of the “straight priders” was more to themselves than to anyone else. With their march to what was basically a pro-Trump rally, they tried to offend and intimidate those who were different from them. There is no right to offend others or any right to be offended, but the “straight priders” were claiming both as rights. They demand recognition for being offended that people different from them exist, and they demand a tit for tat right to offend right back. The whole exercise is an attempt to return to the power dynamic of straight is superior and non-straight is inferior. They are dependent on the need to at least feel like they are subjugating others.

Now, the “straight priders” will tell me I am a “stupid liberal” or other such childish epithets. To make themselves feel better, they will try to shame me for being who I am—a person who isn’t threatened by someone who is different from me. I would say I am proud of not being a bigot, but the appropriate response to not being a bigot is, “yeah, so what?” Accepting other people despite differences should be normal.