Teddy Roosevelt on the Senate 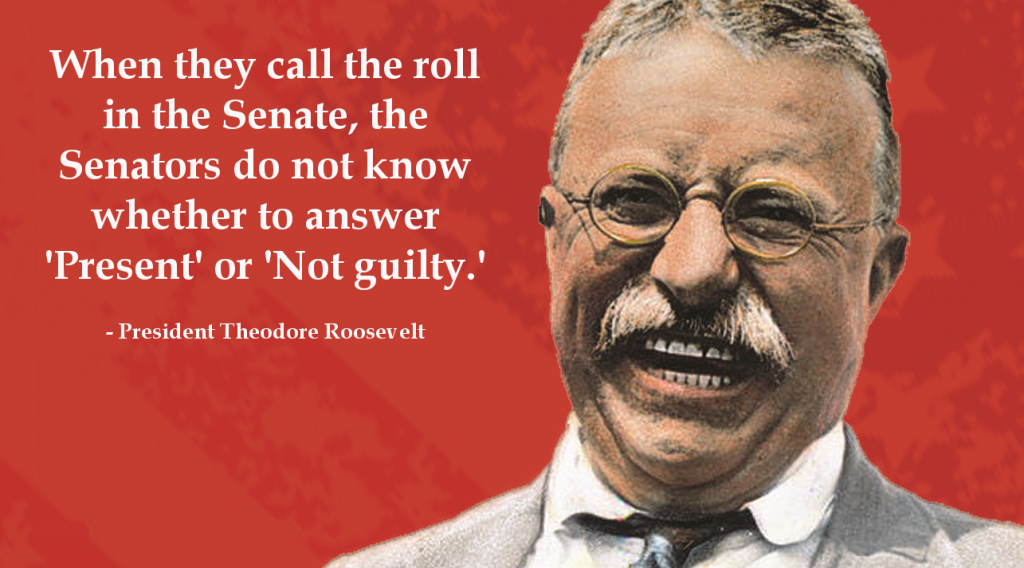 When they call the roll in the Senate, the Senators do not know whether to answer ‘Present’ or ‘Not guilty.’

Theodore Roosevelt Jr. was President of the United States from 1901 to 1909. The level of corruption in the U.S. congress has, if anything, increased and his words still ring true today. One thing that has changed is that Roosevelt was a Progressive and a Republican. That political philosophy and that political party are now polar opposites after ideological changes in the Republican Party in the 1920s and 1960s.