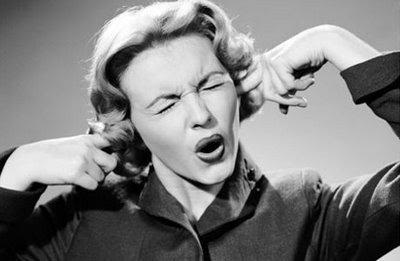 My spouse and I recently traveled for 47 days through 12 cities in 8 different countries. So many different sights, people, foods… And the same, damn force-fed music.

Most restaurants, stores, and other public places we passed through on our journey inflicted piped-in music on their customers. I would say at least 90% of the songs played were a mixture of “Classic ‘80s-90s” and the current corporate pop that is what passes these days for “dance music.” From Italy to Lithuania the soundtrack was Anglo-American pop. There was one restaurant in Poland that played Polish music, one bar in Latvia that played hard rock, and two restaurants that played classical music. But in all the others, the force-fed music was the same channel titled “Songs from Your Childhood You Never Wanted to Hear Again.” Oh, there was one place somewhere that played “Most Repulsive Songs of the 1970s” – I forget where.

On successive nights at different bars and restaurants we have heard the same songs regardless of the ethnicity of the restaurant. Seriously, we heard Oasis “Champagne Supernova” in at least six cities. It was all so tragically unoriginal and sad. The old soul-slaying instrumentals of Muzak are gone but they have been replaced by a new generation of soul-slaying repetitive soundtracks. Speaking of, did you know that Muzak is now called “Mood Media Corporation?” 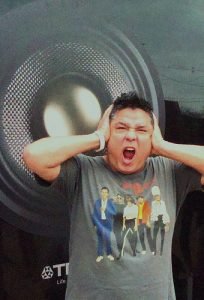 As a philosopher and music lover I question the ethics of forcing people to listen to music. I of course acknowledge the wonderful benefits of music to help one relax, work, and otherwise better enjoy life. As owner of WorldFusionRadio.com I love sharing my favorite music with people, but it would be wrong, everywhere and under every circumstance, to force someone to listen to my music. How can it be ethically acceptable for businesses to force us to listen to their music? We have laws in restaurants to prevent people from being forced to breathe secondhand smoke—so why shouldn’t “secondhand music” also be banned?

Besides, who decreed that everyone likes to listen to “Classic ‘80s-90s?” One constant I have noticed is that the music of 20-30 years ago—called “Classic” in the radio biz—is played everywhere as “safe.” When we went on a three-month road trip across the U.S.A. in 2009 the incessant soundtrack was Anglo-American Classic 70s-80s. Ten years later it is now  Anglo-American Classic ‘80s-90s. Apparently, the assumption is that the key demographic of 35-54 year olds only want to hear the music that was popular when they were in high school. We thus have this moving window of whatever was popular 20-30 years ago is piped into bars, restaurants, and stores.

Certainly some people today do want to hear the same 40 songs they listened to when they were in high school. That’s what smartphones are for—to hear the music you want. Or you can have the Classic Rock radio format where corporate radio will play the same 40 songs every day just in case you haven’t tired of hearing them every day for the past 20-30 years. But why this belief that everyone should like the same songs in public every day? People aren’t all the same, despite the corporate media’s incessant attempts to make them that way.

I know my musical taste is very non-mainstream, but I don’t think I am alone in not wanting to be forced to hear mainstream pabulum. Whether it is Mood Media, a SiriusXM music channel, the local radio station, or even a proprietor-chosen CD, it should not be forced on people. Occasionally, I notice someone in person or print criticize the younger generations for “blocking out the world” with their headphones. Well, I know why they have their headphones on: they want to listen to their music, not yours. I see someone listening to their headphones and I do not see someone zoning out but someone taking control over their sound environment by rejecting force-fed music. Power to the people!