The Political Spectrum — Part 5: What Is Liberalism?
Skip to content 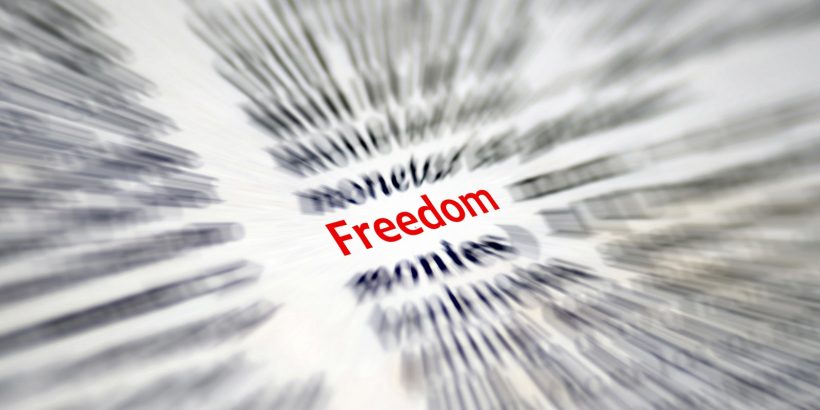 Part 5 in my series on rethinking the political spectrum.

Part 3: The Fake Left and the Reactionary Right

Part 4: What Is Conservatism?

First off, we need to distinguish between two very different uses of the word “liberal.” Both usages originally derived from historical attempts to increase the circulation of power. In their historical contexts, both liberal movements confirm the definition of liberal/left-wing that I identified in Part 1. Over the centuries, one political trajectory that used “liberal” has strayed far from increasing the circulation of power, and it’s continued use of ‘liberal” is erroneous if not deliberately misleading.

One use of “liberal” is by those who focus on increasing negative freedom, calling for a realm of private autonomy from which the state is legally excluded (yes, that’s inherently contradictory). This trajectory of liberalism emerged in the 1600s when the aristocracies of Europe sought more autonomy from the king. The aim in this trajectory was to increase the aristocracy’s power by curtailing, even eliminating, the concentration of power in the sovereign monarch. These aristocrats wanted to increase the circulation of power, but only to their class. By the 1900s, this trajectory, largely in response to the emergence of corporatism (global capitalism), came to target government itself, not just absolute monarchism, as the enemy to be eliminated. Today, this trajectory uses the term “liberal” in its narrow focus on particular negative freedom from “the state.” Movements within this view of freedom include economic liberalism, Libertarianism, neo-liberalism, and anarchism. Despite their use of the term “liberal,” their views are based on a strawman view of “the state,” and their political agenda does not circulate power widely, but is self-centered, exclusionary, and potentially sociopathic. People holding to this use of “liberal” are in reality, of the right-wing, as discussed in Part 2 and Part 4.

The other trajectory of the use of “liberal” came not from the aristocracy but from the other elements of society. People in this trajectory focused on increasing positive freedoms for the majority. This trajectory encompasses two different approaches. One is a view that freedom is to be understood in terms of collectively defined ends, most exemplified in Jean-Jacques Rousseau’s concept of the common good. In this view, positive liberty is what is good for society as a whole, even when that sacrifices the freedom of some individuals. The other view that focuses on positive freedom has the aim of cultivating individuals’ freedom and ability to make their own choices. This view values individual autonomy, but sees a role for government and other social institutions in promoting and guaranteeing individual freedoms. People who hold to this meaning of “liberal” seek to progressively increase the freedoms of all members of society regardless of class.

Without question, it is the people who use “liberal” to mean increasing positive freedoms across society who are properly liberals. But that is still a general statement. What does increasing positive freedoms across society entail and how does one approach this task? Answering these questions will lead us to an understanding of what liberalism is.

Every person’s freedom is necessarily limited by the reality that everyone lives within a world. The existence of other objects (you can’t walk through walls), biology and physics (you can’t fly), and especially other people who also inhabit the world (you all can’t have the same parking space), restricts your ability to act and thus with your freedom to do as you please. In short, reality itself is the biggest restraint on our personal power.

Fundamentally, liberalism means empowering individuals to be able to navigate the inherent difficulties and restrictions of life so that they can live their lives as they choose, free from oppression. Yes, conservatives will use similar language, but they want to empower only their segment of society, not all of society. Liberal actions seek to increase personal power for a broad range of people, not a select group. That means reducing negative freedoms, definitely, but it also means enabling individuals to take advantage of opportunities so as to increase their positive freedoms.

Liberals’ overall objective is a society that works for all people, providing equality of opportunity free of discriminations caused by power being concentrated in only a segment of society. That’s equality of opportunities not outcomes. Outcomes can never be guaranteed. As I mentioned in Part 1, the structure of the power relations in society is what enables greater injustice or greater justice. A society that works for all people has a structure that empowers all people to act on their free will. A social structure that empowers people does not magically appear—it must be achieved and it must be continually sustained.

It’s About Power and The Revolution Will Not Sing Kumbaya

As I discussed in Part 1, power is central to politics. Human history has been defined by struggles over whether power is to be more concentrated or more widely circulated. Liberals are on the left side of the political spectrum because they are struggling to increase the circulation of power in society. That means fighting the existing unjust power structures.

It is important to realize and accept that increasing power to the people is a struggle. The ideal of a society in which everyone has rights and opportunity is not achieved through wishing it into being. Some wish to believe otherwise, but one can’t just say “we do this and this and presto, we have social justice!”

The harsh reality is that excessive concentrations of power that lead to injustices are the historical norm. (This is why some right-wingers believe structural inequalities are natural and not to changed.) Another harsh reality is that liberals have to fight against entrenched power. The structure of the power relations in society usually favor one segment of society at the expense of others. Those who have excessive power do not willingly give up that excessive power. Right-wingers naturally seek to conserve their existing privileged positions in the power structure and their power is entrenched in the social structure so it is relatively easy for them to maintain.

Liberals who want change need to be tougher than who are maintaining inequalities of power. Change is difficult and increases of circulation of power come only after the long struggle and sacrifice of many people committed to change the structures of society. People into sunshine and unicorns need not apply.

Eyes On the Prize

Change is slow, but change does come. Political history is a struggle over power relations and structures, and the long, slow arc of history bends toward justice. Every improvement to society has come from those who believe in the basic principle of the left/liberalism: that power should be more widely circulated across society. We owe a lot to the many brave people who have fought for liberal causes and have increased power for more people.

The long and difficult process of struggling for greater power and freedom is frustrating. That social power structures often led to injustice and oppression is angry-making. It is easy, too easy, to give into emotions of anger and vengeance. When people on the left stray away from focusing on empowering people and instead focus on tearing down others, they move away from being liberals into the oppositional politics of the Fake Left as I described in Part 3.

A problem for the Left is that liberals are split among many different causes and groups. What all liberal causes share is the goal of increased circulation of power, of including more people in the positive benefits of society. Within this general objective are many particular objectives. Different social groups suffer discrimination and exclusion from fully participating in society and liberals respond to these different injustices. Liberals tend to be split among different people fighting for different causes in response to different injustices, and are not always acting collectively.

“Keep your eyes on the prize” is great advice both for those tempted to give into anger and vengeance and for those split into small factions. What is the prize? It is a society in which the circulation of power is not restricted to a select few. It is a society that actively ensures that everyone has enough power to manage their own affairs successfully, and no one has undue power over others. That is the ideal, but it is not idealistic, it is how a healthy human society can be and how most people want it to be. There is no grand historical struggle between Left and Right, but there is a struggle between those who prefer justice and those who prefer injustices that benefit them.