The Question Behind Taylor Swift’s Battle
Skip to content 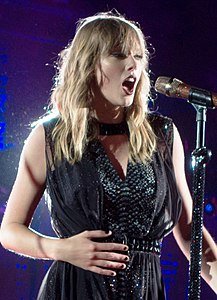 Today, I watched with interest a BBC news story. It was about the ownership of Taylor Swift’s song recordings being sold by some guy named Scooter to some investment firm. Swift is upset that she wasn’t offered the chance to buy ownership of the master recordings of her first six albums. This is the latest in a long-standing struggle by Swift to win control of her own music. I don’t share Swift’s taste in music, but I admire her for her courage to stand up to the music labels. Her struggle raises an important philosophical, ethical question for the music industry.

The BBC had to explain this oddity of Taylor Swift not owning her own recorded songs. This weirdness is because the music labels convinced governments in the late 1970s to create a copyright on sound recordings. Every song you hear on the radio, stream online, or purchase has two legal copyrights: one for the person(s) who wrote the song and the second for the actual recording. This second copyright is a recent invention that creates the legal entity of a recorded song that doesn’t belong to the artists who played the music but to whoever owned the equipment on which the recording was made. As operator of the Internet radio station, WorldFusionRadio.com, I have to pay royalties on both copyrights for every song I play on the station. That’s the law.

To explain this, the BBC brought on a music industry commentator who used this analogy: If you bought a table from a carpenter and you spent money to improve it, you’d object when years later the carpenter showed up and wanted the table back.

There certainly is something to be said about the skill that technicians and producers add to songs, but there is a much better analogy for the music industry. That analogy is this: If you use your skill to build a table and you bring it to someone to give it a stain and coat of varnish, you’d object when they claim the table is now theirs.

The current studio system allows the music labels to have dominance in the transactions of creating music recordings. It fits the analogy I offer of taking the table to a shop for finishing and by doing so you sign over your rights to it. That is what is currently legal; but what is legal is not necessarily what is ethical. Why should a musical artist using a recording studio for a few hours mean the owner of the studio owns the product forever?

The studio system run by the music labels means that artists are a kind of “sing for your supper” minstrels. They perform, they are given a few peanuts, and then they have to walk on. That a small percentage of musical artists like Taylor Swift make a lot of money doesn’t change the fact that most musical artists don’t. That even Taylor Swift, arguably one of the most popular singers in the world and one who probably has a few dollars to rub together, is legally barred from owning her own creations speaks to the inherent structural inequalities in the music industry.

In all areas of life, we should ask the philosophical question of who has the power and whether that distribution of power is ethical.