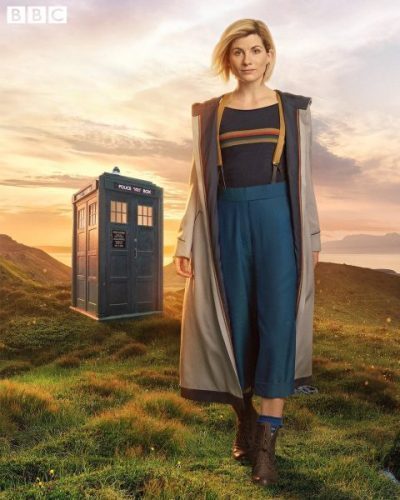 I first noticed the strip of flesh phenomenon on a cold day January 2015. It was windy, rainy, with occasional snowflakes in the air. I was on my university campus on my way to teach my class. I was walking head down into the fierce wind the good half mile from the bus stop to my classroom. Under the brim of my hat, I saw several hundred pairs of legs walk past. Despite the cold, a surprisingly high number of legs had about a one inch gap between the top of the sock and the hem of the pants.

Capri pants, like sandals, are a staple of summer wear, but here were women in winter, some wearing over-the-ankle boots with capri pants. What struck me was how uniform the strip of flesh was in size. Regardless of the length of pants or socks, there was always about an inch of flesh showing somewhere between the base of the ankle to the middle shin. Whatever the impetus, women were making a choice to conform to a particular look rather than dress for comfort.

I don’t follow fashion or pay much attention to mainstream culture, but I am interested in human behavior. I enjoy watching how people behave, so I was intrigued by the phenomenon of the “strip-of-flesh girls.” Figure 1 shows the now standard strip-of-flesh look. Whether this was a new trend or I just hadn’t noticed in before, over the months the percentage of women showing a strip of flesh kept rising. By the middle of next winter, nearly half of the women were showing their strip of lower leg flesh. The phenomenon just kept rising.

The last day of classes last December, on my way to the bus stop I passed by 58 women, 47 of whom had adopted the new uniform. Over the three years that I watched this phenomenon unfold, the strip of flesh moved from the shin down to the ankle (Figure 2). As my wife and I discovered in department stores recently, women’s sock departments offer almost no over-the-ankle choices. As we traveled all over Europe these past few years, it has become a bit of a game to spot the strip-of-flesh girls. Even in the freezing cold, the strip of flesh must be shown somewhere on the leg.

Okay, so why am I writing about this? Why was I counting how many people were wearing a particular uniform? One of the areas I study as a philosopher are the social behaviors to which people conform, for good or ill. There are many social norms that we adopt for good and healthy reasons, like saying hello and thank you to people, covering your mouth when you cough, or turning off your cell phone in meetings. Such social niceties make life more pleasant for all. Other instances of conformity to social norms provide no benefits beyond conformity itself and the strip of flesh girls phenomena is one of those.

Notice in Figure 3 that one person wears the strip of flesh but the other person does not. It is no coincidence that the person showing more flesh is female the other one is male. And this gets us to the heart of the matter.

No matter how cold it is, some women feel they must conform to the social norm that they should show flesh. Obviously, wearing short socks to show off your ankles is not going to cause much more damage than frostbite, but it is a sign of the all-pervasive pressures on women to conform to gender-specific roles. Society expects women to dress differently than men in ways that have nothing to do with their differences in anatomy. Mostly, women are expected to put on a show for men. Even the idea that  “women dress for other women” is more than anything a competition among women about who is best at conforming to gender-specific dress codes that benefit ogling men.

Somehow, it is incumbent upon women to find ways to show more skin. The fashion industry is quite happy to help out, or exploit women on this. The idea of ripping a hole in jeans to give a glimpse of leg flesh is decades old. The “cold shoulder” shirt is another way to show exposed skin. Sleeveless and backless dresses are the same principle. Show some skin.

A gap between the bottom of a top and the waist of the pants or skirt is another staple of women’s fashion. Society dictates to women that they should dress differently than men and the main differences in dress code revolve around the need for women to show their bodies.

What does this say about our culture?

It says that our culture feels that women should be on display. It trains women from a young age that they should dress in ways that reveal parts of their bodies. The same is not true for men. Men don’t wear outfits like in Figure 5 for a formal night out. Wise guys can retort that men are allowed to go shirtless in public, but that is not really true. “No shirt, no shoes, no service,” remember? And that outfit in Figure 5 is “evening wear”–it is high style, allegedly.

Compare what women and men wear at high style events like red carpet showbiz events. Men may get away with going shirtless at a picnic or beach, but men would be ridiculed if they showed up with bare shoulders and torso for the Oscars, for example. Men wear suits and ties as formal wear. They do not show a strip of flesh. Women wear dresses that show bare legs and bare shoulders–at a minimum. If women do not show a strip of flesh, they may be perceived as “frumpy” or not stylish.

Some might say that I am making a big deal out of a minor thing. But am I? We do well to ask what this double standard of social norms means. If one gender is expected to show flesh while the other is not, what effect does that have on the dynamics between them? Why is there any difference at all in how men and women are expected to dress?

The strip-of-leg-flesh phenomenon is a new norm in mainstream culture. The new Doctor in Doctor Who is a woman. Maybe that is progress in some way. Some would argue it is a major step forward in transcending traditional gender roles. No longer was the Doctor exclusively a man. It was a watershed moment, some said, when the new Doctor was announced to be played by a woman.

Regardless, a major event in the show’s life cycle is when they reveal the new costume for the new Doctor. Every Doctor has a trademark outfit. When the new Doctor’s outfit was released it had some trademark Doctor Who elements. Long coat? Yep, almost a given. Suspenders? Sure, that’s been done several times before. But lo and behold the new Doctor is a strip-of-flesh girl. They would never dress a male Doctor that way.