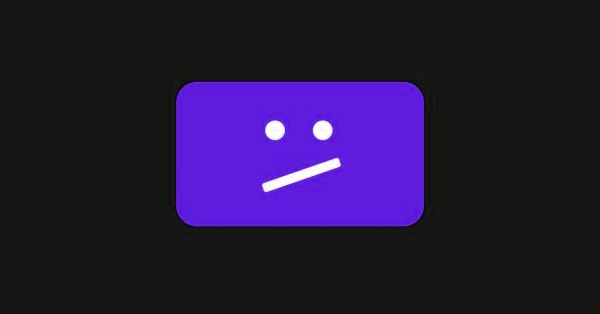 My father died last Saturday. I’m sad, of course, but more than anything, I feel bad about the choices he made in life. I mention that he watched Fox News not for sensationalism or any political statement, but because it defines him and his relations with the world, including with me.

For many years my father watched only Fox News. Only Fox News, except for a year or so when he watched only Fox Business News because he was angry that Fox News had on too many Democrats. Seriously. He watched Fox News from the moment he woke up to the moment he left his chair to go upstairs to bed. Obviously, this monoculture affected him, but he was a certain way before Fox News existed. The Murdoch Monstrosity simply helped him stay there.

I learned a lot from my father over the years, but mostly in how not to be. He never broke the law, was never violent, but he was a cynic prone to see everything with a jaundiced eye. He was sexist, a man of his archaic generation, he was horribly bigoted against religion, and he hated Democrats and anyone he perceived to be liberal. He didn’t have intellectual reasons for these angry attitudes, nor would he bother to explain. You just learned to avoid certain topics with him.

Avoidance was my father’s chief activity in life. My father never engaged with the world, he kept it at arm’s length as something to fear, judge, and ridicule. As a child, I learned to navigate his avoidance of the world without fully knowing what I was doing. My father mocked and derided my attempts to pursue my interests. I learned to avoid him and the world so I could keep away from his judgment and ridicule. As an educated adult, I realized how the many childhood scars he inflicted on me had nothing to do with me. He avoided not only any real relationship with me, his son, he avoided meaningful relationships with everything. Fox News provided him with the perfect sanctuary to hide within his cynicism.

A brief aside about Fox News: it is one of many ways that corporate America enables people to avoid engaging with the world. Fox News is a pre-packaged, off-the-shelf reality-avoidance product. Obviously, there’s a strong political element to Fox News, but is it really all that different from other reality-avoidance products like movies, TV, video games, social media, and similar? The point is that Fox News is a particular flavor (with added hatred) of mind-numbing, reality-avoidance product. It markets a fake reality, not just fake news, to a niche market of people who want to keep the world at arm’s length by pretending that “liberals” are what’s wrong with the world.

Back to my father. What I learned most from him is that the price of being a cynic is too high. He did not enjoy life. The world around him was not interesting. Ludwig Wittgenstein wrote that “the world of the happy man is a different one from that of the unhappy man.” My father was a deeply unhappy man. I’ll never know the original source of that unhappiness, but it created his world. He dwelled in a largely loveless and joyless world surrounded by the detritus of his cynical life. There’s a whole wonderful world filled with ideas, people, places, and wonder, but he sat in his house and watched a fake reality on an electronic screen. His main interaction with the world was yelling at the screen about how Democrats were “idiots.” The more I became myself, the less I could share with him — his mockery and derision for my interests and accomplishments never far away. Over the years it became more and more difficult to visit him or talk with him. Eventually, I just stopped.

I was raised, like most oldest sons, to be a version of father. It took me many years to overcome that training. I am by nature an introvert and that’s okay. Being a writer, philosopher, and professor suits me. I spend much of my time at a computer, reading, writing, but always interacting with the world filled with ideas, people, places, and wonder.

It makes me sad that the biggest thing I learned from my father was that I didn’t want to be like him, and to not to throw my life away on cynicism and derision. My world and I are far from perfect, but because I have chosen to be open to happiness, I have found happiness. I tried sharing that with my father, but he wasn’t interested.