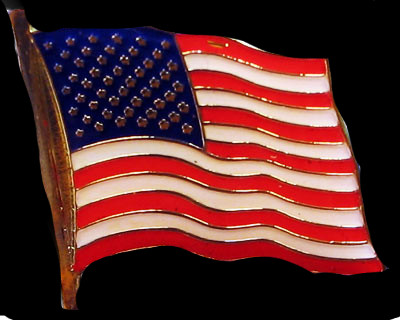 What IS America? What does it mean to be American? I ask these questions on July Fourth, a day when the United States commemorates its independence.

That date and commemoration in itself is significant in it not being entirely true. The United States did not become independent on July 4th, 1776–a small group of people declared an intention for it to become an independent nation. American independence was not achieved until the Treaty of Paris on September 3rd, 1783. The Declaration of Independence on July 4th, 1776 was a promise, a literal promise to build a nation on the principle that all people are created equal and endowed by their Creator with unalienable rights, among these being life, liberty, and the pursuit of happiness. That’s what the document says. That’s the promise that it makes.

July 4th is a symbol of that promise, not an actual achievement of it, and that symbology, that incompleteness, resonates throughout United States history and into today on the 4th of July, we will hear many people who say the United States is the greatest country on Earth. They’re entitled to that opinion, but is that opinion true?

We cannot have a full picture of the now without a better understanding of the past, and while I will not belabor the points, because they’ve been made many times by many other good scholars elsewhere, one of the things that needs to be acknowledged is the United States past—its history—is a history of a nation founded on conquest and exploitation.

The uniqueness of the United States is its being a nation that came into being when the colonizers achieved independence, not the colonized. It is a nation based on a myth of an empty land that God granted to colonists for their own use. It is a nation built on slavery and exploitative labor, and this remains one of the core dilemmas for the United States. It needs to deal with this slavery. It needs to deal with the exploitation of labor throughout its history.

The United States is a land of immigrants. It is a land that has constantly struggled between the assimilation of new people and a celebration and acknowledgement of the diversity of its immigrant population. This also remains one of the core dilemmas for the United States.

What it means to be an American is a question that has always been throughout its history a political and cultural struggle. In the United States’ first 140 years, much of that cultural struggle was having real independence from the European nations and to not be European. And yet most of the people in the United States up to that time and still today have European ancestry. What does it mean to be European and yet not European?

Is the United States about freedom? We hear that a lot, with good reason. Unalienable rights life, liberty, the pursuit of happiness, freedom America, the land of the free. But as Martin Luther King said, his dream is for the United States to live up to the true meaning of its creed. Langston Hughes called America the land that never has been yet and yet must be. The land where every person is free, but is not yet.

In a real sense, that is America–a nation that has not yet fully fulfilled its promise to the Creator to create a nation that acknowledges in all its citizens their unalienable rights, including life, liberty, and the pursuit of happiness. Granted, no nation can claim they fully uphold rights and freedom for all of its people. No nation is perfect, of course not.

But that sends us back to the question of whether the U.S. is the greatest country on Earth, as some Americans claim. There are various freedom indexes created by experts who collect objective measures of freedom for the various nations of the Earth. The United States is not first or even in the top tier of any of them. America is not perfect. America is not the greatest. That doesn’t mean it’s not great. America has yet to live up to its promise of freedom.

What does that say about being American? I grew up in the United States and in a real sense I will never not be American. But I have lived in Europe for the past ten years, so I have some perspective for comparison. To be perfectly blunt and honest, so many of the people who will on July 4th be chanting that the U.S. is the greatest country on Earth have never lived anywhere else. What basis do they have for comparison? Is their opinion of America’s greatness patriotism or just jingoism?

If one wishes to count the good achievements of the United States, then one must be fair and also count the negative achievements. The atrocities, the violations of human rights, the bigotries, the failures to rectify the injustices that nation has committed on its indigenous populations, on its enslaved populations, on its immigrants, and on many of its own citizens.

If a United States citizen has freedom, then it is that citizen’s responsibility to be open and honest in looking at how the United States has and has not fulfilled its promise to the Creator to create a nation that acknowledges in all of its citizens their unalienable rights.

Does being American mean just celebrating the greatness of America? Being blind to America’s history? Does it mean declaring greatness without feeling any need to truly achieve it?

Or does being American mean, as the promise was made, a constant struggle to recognize the rights of all people and a willingness to acknowledge when America has fallen short in that promise? The answers to those questions are what Americans need to decide. Not just on the 4th of July. But in every day of the year.

What does it mean to be an American?