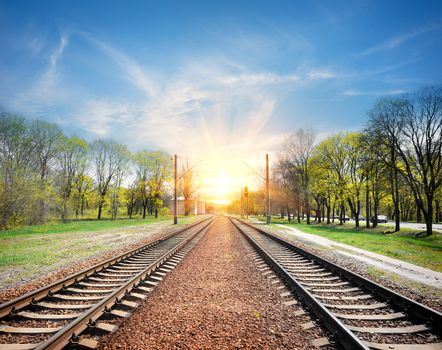 The words “woke” and “wokeness” have recently entered the political lexicon. These words puzzle me as to what they mean and why people use them. “Woke” and “wokeness” are used mostly, if not exclusively, as an insult. They are used mostly, if not exclusively, by the Right. In our current memeocene epoch, the “woke” insult is often attached to an attack meme, whining about an alleged “wokeness.”

The right-wing “anti-woke” memes are usually directed at people seldom named. The “woke crowd” is sometimes mentioned with great derision, whoever they are. Occasionally, a particular person is insulted as being “woke,” with a connotation that the accused is on the value scale somewhere between dried cow dung and week-old sushi.

What are right-wingers hating when they whine about “wokeness?”

What “woke” means is less than clear. Sometimes it seems to be a new slang term for “liberal,” and its use as an insult is usually directed at ambiguous conspiracies and groups. Definitely, “woke” appears to signify something hated by right-wingers, though that doesn’t narrow it down much because right-wingers hate so many things.

Anger and insults are often attempts to cover up one’s fear and inability to cope. This fits with how right-wingers use their angry “anti-woke” memes. Their accusations of “wokeness” are flailings at an unknown enemy, lashing out at an ethereal foe. These memes are mostly inside jokes mocking the mysterious “woke crowd.” The talk of “wokeness” seems mostly a type of internal propaganda disseminated among the right-wing to stoke fear and create unity against an enemy.

The Right has been doing this for a very long time. It is as if the Right, in order to keep existing, needs to constantly talk about enemies. And “wokeness” is the new enemy.

Or maybe it’s the old enemy with a new right-wing marketing label. That’s because the memes about “wokeness” target the usual subjects of right-wing hatred: women, minorities, nonheteronormative people, workers’ rights activists, and so on. New wine in old wine bottles? Old whines in new memes?

Before we dismiss “wokeness” as just another propaganda ploy, let’s ask if anything in the world has changed. The new “anti-woke” propaganda memes may be a reaction to something new. The Right may have a new case of fear and loathing.

The right-wing “anti-woke” memes and insults arose after two significant social events. One was the Me-Too Movement, in which women starting speaking openly against being sexually harassed and assaulted. Another was the Black Lives Matter Movement, in which Blacks starting speaking openly against being assaulted and murdered by police and others. Two separate movements with the same message: stop oppressing us, we have rights.

Women and Blacks declaring that they too have rights to not be assaulted and murdered should not be statements to be feared or in any way opposed. Unless… unless one thinks that women and Blacks somehow deserve to be so treated. Someone holding that thought might understandably have a problem with those pointing out the absurdity of such a belief. There’s a word for people who think other people deserve to be oppressed and otherwise mistreated.

Yes, that other b-word: bigot. So much of “anti-woke” memes revolve around anger that other people are pointing out bigotry. The memes are attempts to mock away the fact of bigotry and ridicule anyone who is aware of that fact.

Understandably, the “anti-woke” people usually don’t publicly admit that their motivation is to defend bigoted social practices from those who point them out. Sexism exists. Racism exists. Other forms of structural discrimination also exist. Gravity and weather also exist. Denying any of these facts is a sign of insanity or worse, insidious propaganda.

How does a person, either insane or a propagandist, go about refuting irrefutable facts? Accuse the other side of doing what you are doing. A large chunk of “anti-woke” propaganda claims the “woke crowd” are denying reality. These propagandists lie that the other side hates facts and truth. Internal propaganda disseminated among the right-wing to stoke fear and create unity against an enemy. “The woke crowd is coming to … do something … whatever, be afraid!”

The other part of this reality reversal is portraying “anti-woke” is a defense of tradition and heritage. This admittedly has a grain of truth because the “anti-woke” crowd are defending the tradition and heritage of structural inequality and oppression. Yes, some people are aware of the reality of entrenched bigotry in human society. Yes, the number of those people so aware is increasing. What could be the motivation of anyone who wants to stop people being aware of these irrefutable facts?

The history of human bigotry and structural oppression is real. And those who respond to that with cries of “you are attacking Western civilization” are protesting too much. I’m talking about humanity as a whole and history everywhere and everywhen. But yes if you want to talk about Western civilization’s role in that history …

The reality of human bigotry and structural oppression is the turd of history. No matter how much you polish it up with talk of tradition and heritage, it’s still a turd. Trying to cancel discussion of that turd doesn’t make it not a turd.

Then there are the issues of climate change, income inequality, and …

Am I “woke?” I don’t know, but if you call me that, it more than anything, sounds like a compliment.