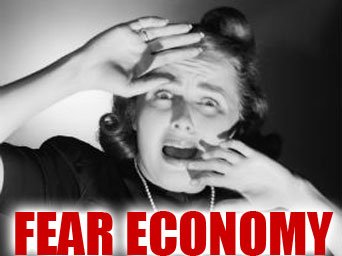 The BBC article based on a paper in Lancet screams the headline “No alcohol safe to drink, global study confirms.” Like so much in the corporate media today, the details under the headline refute the headline written to make people click. Classic BS sensationalist journalism, though looks like the scientists have also bought into hyping up dubious claims.

The “no safe level of alcohol” sensationalism is based on an alleged 0.004% (4 in 100,000) greater disease or injury rate from moderate drinking (one drink a day). Frell, you are at higher increased risk walking outside your house. And pray tell, scientists, is your margin of error lower than 0.004%? I didn’t think so.

An analysis of the data shows further problems with the sensationalist headline. First, the article reports that “out of 100,000 non-drinkers, 914 would develop an alcohol-related health problem such as cancer or suffer an injury.” So that’s a 0.9% baseline risk without drinking and one drink a day raises that risk to 0.904%. Even if you consumed five drinks a day every day, which pretty much means you are a drunk, you increase your risk to only 1.2%. Sure, that is a 33% increase from 0.9%, but again, you are a drunk; it comes with the territory. Still, we are not talking about constant drunkenness doubling or tripling your risk of disease or injury.

Buried at the very end of the article, long past where most people will have stopped reading an gone off to click on another sensationalist journalism headline is a note of reality.

Prof. David Spiegelhalter, Winton Professor for the Public Understanding of Risk at the University of Cambridge, sounded a note of caution about the findings. “Given the pleasure presumably associated with moderate drinking, claiming there is no ‘safe’ level does not seem an argument for abstention,” he said. “There is no safe level of driving, but the government does not recommend that people avoid driving. “Come to think of it, there is no safe level of living, but nobody would recommend abstention.”

Well said, Professor, but such wisdom will never be quoted in headlines. This is what happens in our day and age of sensationalist journalism when click bait is more important than accuracy.