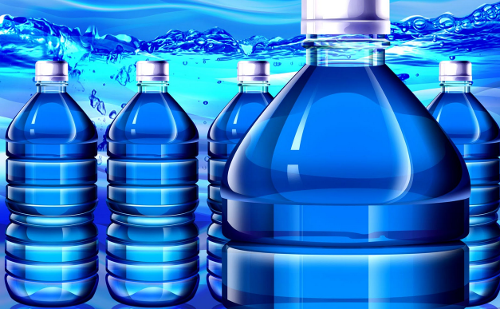 Although water covers two-thirds of the planet’s surface, only 3% of all water is safe for human consumption. Access to clean, safe water has always been vital for people. With increasing population and pollution, the prospect of water shortages is an increasing concern. Adding to these concerns is the privatization of water systems as corporations purchase legal rights to water resources. Corporate ownership of water resources and systems raise the ethical issue of who should control water resources and who should have access to them.

Water is a basic human need for survival, but is access to clean water a basic human right? In 2010, the United Nations declared that it is. If water is a right, then does that not mean that the human right to safe, accessible, affordable water takes priority over the use of water for commercial purposes? Critics of water privatization consider it to be plundering resources that should be held in the public trust, and they question whether anyone should be allowed to control and profit from water resources. Those in favor of privatization argue that corporate investment in water systems will improve and expand services, making better quality water available to more people. As the human population and its need for water grow, we are seeing increasing tensions over privatization of water.

In 2018, the Michigan state government approved a permit to allow Nestlé Waters North America to increase to 400 gallons a minute the amount of groundwater it draws from Osceola Township to sell as bottled water. This approval came despite over 80,000 people filing opposition to the permit, with only 75 in favor, during the public comment period. Critics saw the permit approval as a large corporation grabbing public water resources, facilitated by the government being tone deaf to people’s concerns.

Legitimate concerns about privatization have led to rumors spreading on the Internet. An apparently false rumor accused U.S. and Europe-based conglomerates of negotiating to gain exclusive rights to the Guarani Aquifer, the world’s second largest underground water reserve lying beneath Argentina, Brazil, Paraguay, and Uruguay. That many believed and spread the unverified rumor is a sign of people’s anxiety over water.

Who owns the water? Ownership gives one the right to sell what one owns or hold onto it. Does anyone, individual or corporation, have a right to own and sell water? For many centuries, the legal and philosophical presumption was that the land and its resources belonged to the sovereign ruler. The king or emperor had authority over all natural resources and could assign them to whomever he wished.

John Locke argued against this right of kings and for the labor theory of property. Locke reasoned that if you cultivate a field and tend a crop grown on it, then the fruits of the harvest belong to you by virtue of the labor you put into it. The labor theory of property worked well for the United States in the 18th and 19th centuries as European settlers spread across the continent appropriating land. The Land Ordinance of 1785 formally wrote the labor theory of property into law, giving people land under the condition that they farm it. At the same time, the Ordinance maintained the concept of sovereign rights in that the government could appropriate land and distribute it to whomever it desired. The legacy of this way of thinking about natural resources persists today, as evidenced in the Michigan-Nestlé case which assumed that the state can assign ownership of water to a private corporation.

Applying the labor theory of property, water, like any resource, must be gathered and transported to those who use it. If you take a jug, walk to a water source, fill the jug with water, and carry the water jug back, it is difficult to argue that that water is not yours. If that is fairly self-evident, then wouldn’t the same logic apply to a corporation that pumps the water out of the ground and transports it to people’s homes? Delivering water to large populations requires an advanced system of water purification and delivery. That costs money. Corporations may have a role in maintaining and improving water access and, in doing so, deserve to make money.

If we say that it is acceptable for a corporation to own water rights and sell water as a commodity on the open market, we then need to ask what responsibilities those corporations have. Like with any other product, a water corporation is ethically and legally obligated to provide a safe product. But does corporate responsibility also extend to providing water at a price that is affordable to everyone? If a corporation has control over a commodity, it can set the price of the commodity to whatever it wants, pricing out the poorest people from being able to purchase it.

The worry is that under the guise of ownership rights, a corporation can deprive certain people of the opportunity to buy water. If water is held by a private corporation, they would have the legal right to charge whatever they wanted for the water or even refuse to sell it at all. Corporations are in the business of making money, and their purpose in supplying water is to make a profit in the business of selling water. The interest of making profits can easily outweigh the interests of human well-being.

The alternative to private ownership of water is public ownership of water, with the government acting as guardian of water resources and operating delivery systems for the benefit of the public. The contentious argument over whether corporations are more efficient than governments at supplying water is another topic. Ideally, governments act in the interests of the citizens they serve, and government stewardship of water will provide people with access to safe, clean water at prices everyone can afford, with subsidies as needed for the poorest among us.

The ethical question for people both within and outside political institutions is how to meet human needs for water. The answers to that question lead to answers about who should own the water. Different situations may require different solutions, but meeting the needs for people not only to survive but also to live well must be at the center of the debate over the ownership of water.