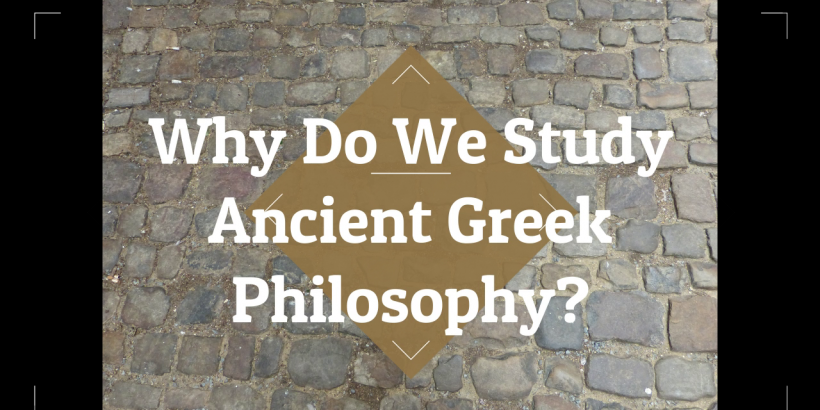 Embedded video, “Why Do We Study Greek Philosophy?”; click to view.

It may seem odd to study thinkers who wrote over 2,000 years ago. We don’t study scientists from ancient times, don’t treat what they thought as anything more than a historical curiosity. So why do philosophy courses spend so much time on ancient Greek philosophers?

There are two reasons why Greek philosophy is still relevant to us today. One is the nature of philosophy itself. Philosophy deals with the biggest and most complex issues facing humanity and philosophical insights underpin all human endeavors. Because the questions considered by philosophy are so large and complicated, philosophy itself is a long conversation about those issues among many people across many years. Philosophers understand that philosophers of the past, event he distant past, are valuable resources for us today. To compare past perspectives with our own today helps us better understand the questions we consider.

The second reason we still study ancient Greek philosophy is that the thinkers of Greek philosophy laid down the foundation of not just philosophy but Western civilization as a whole. There have been many influences throughout history on who we are today, but what Greek philosophers wrote over 2,000 years ago contributed a surprising amount to everything that has happened in the West since.

We know of several dozen philosophers from ancient Greece and covering them all can easily fill whole books and university courses. Two ancient Greeks stand out as significantly more influential than the others: Plato and Aristotle. For the past 2,300 years Plato and Aristotle have been pillars of the Western world. Their two world views have often been in competition with each other but people recognizing their significance have tried to blend their ideas as best they could.

The world views of Plato and Aristotle at first seem foreign to us today, but if you look more closely, you see threads in each of their philosophies that are woven into our social fabric. And to understand who we are, how we got here, and how we can approach the problems we face today are the reasons we study Ancient Greek philosophy today.