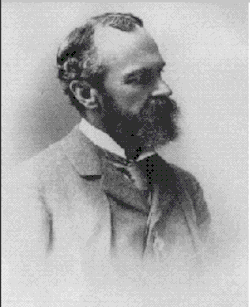 It’s a simple hypothesis: I have the ability to choose freely what actions I will take. Whether that hypothesis is correct — or its opposite is correct, that our choices are determined by external forces — is impossible to prove by reason.

William James observed that generating beliefs is a process and that we can identify multiple dimensions to that process. We must make choices about what to believe and how we will act, James said, similar to what Kierkegaard had said.Affecting our freewill choices are the dimensions of the options among which we must choose.

James identified that our options can be living or dead, forced or avoidable, momentous or trivial. A live option is when more than one option has appeal (“which sauce to you want with that?”); a forced option is one for which there is no possibility of not making a choice (“accept this or not”); and a momentous option is one that is unique, irreversible, and/or has significant effects on you (“move to Europe with me”).

To believe we have free will is, undeniably, a living and momentous option, and James says we are forced to make a choice. Therefore, he said, we have a right to choose the option that works for us. James emphatically chooses to believe that he has free will — and not only to believe it but to act with it and believe in his individual reality and creative power. By making that choice, >we make it a reality in our lives.

Not content with his freewill choice to believe he has free will, James wrote an essay entitled “The Dilemma of Determinism” (1884) in which he refuted the deterministic hypothesis. We’ve seen several versions of determinism already in this book, when philosophers assumed that believing in determinism was understanding how the world works. James rebuts that belief with the following argument:

1. Many actions that people perform are later regretted (murder or other cruelties, for example).

2. Determinism professes that it is impossible for anything in the universe to be otherwise than it is.

3. Determinism claims that everything is the inevitable result of previous causes, but that implies that judgments of regret are in error. To regret something is to believe that things could have been different from the way they are.

4. Determinism is the pessimistic position that evil and cruel actions are necessary and unavoidable and therefore should not be regretted but accepted.

6.Therefore, James concludes, if determinism is true, then “something must be fatally unreasonable, absurd, and wrong in the world.” (“The Dilemma of Determinism,” 164)

Belief in determinism suppresses the reality of our moral and practical lives. It is not only an unreasonable, self-contradictory belief, it does nothing for us — it has no cash value. If, instead, we believe in indeterminism (free will), then, James says, we open ourselves up to the reality that our choices and actions make a difference. As James says, he chose to believe in free will and that has made all the difference in his life.